Why Are You Kneeling Son? 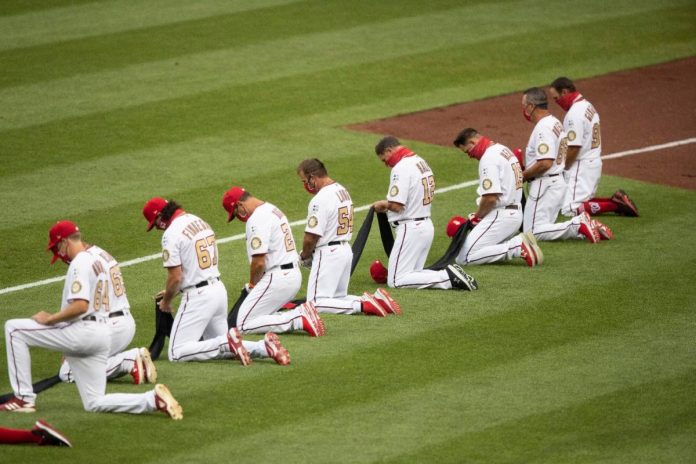 I recently listened to a recitation by John Wayne, “Why are you Marching, Son?”  The words reminisced the battles and wars that were fought and the purpose of soldiers marching.  Many a young man fought and died; dedicating their lives to this great nation as well as freedom for strangers on distant shores.

As I listened and then read, “Why are you Marching, Son,” my mind, as it often does, fast forwarded to today.  We have a confused and brainwashed citizenship who have been taught hate instead of pride and socialized government instead of Independence.  In this askew knowledge they truly don’t understand the sacrifice that paid for the freedoms to which they have long been accustomed and take for granted.

To hear their professors tell the stories it would seem every bit of our history is ugly and dark and no good ever came from the battles that were fought.  They claim now racism (systemic racism) is the problem in our evil nation, yet I know in my heart that is not the core of their rebellion.

There is irony in the fact that they speak of a systemic issue and yet at the same time… they have created a war on a “system” that bought their freedoms. They take a knee against freedom in exchange for socialism; the true systemic governance for surfs and slaves.

Perhaps writing a ballad or a poem will not change their minds, but it did my heart good as I captured in rhyme the hearts of those we should honor.

The Flag, The Star-Spangled Banner and the Pledge of Allegiance we say, are only symbols and ways to remember the blood that was sacrificed long ago, for all of us today.

Why Are You Kneeling Son?

Is it the flag you hate or the song they sing,

That causes you to take a knee?

What is it about that old flag up there,

That causes you such great despair?

Is it those thirteen stripes that shine so bright?

Those stripes represent another fight.

Thirteen colonies, was this nation back then;

A nation under tyranny battling to be free men.

Or could it be the colors you see

That makes you want to take a knee?

The Reds the Whites and the Blue

All represent characters strong and true.

The Red reflects the valor and hardiness of men,

Blood was shed for Independence and freedom to win.

Those White stripes on that flag you see,

Are no reason to take a knee.

The belief in Life, Liberty and Happiness.

The Blue on that flag flying up above us

Stands for vigilance, perseverance and for justice.

When you take a knee of contempt,

You say to the world, “I’ll have NONE of this!”

No justice?  No purity?

There is no valor in taking a knee and defiling

Your Brothers, who fought for thee.

Strong together yet sovereign each one;

Fifty States standing side by side…

Independence and Freedom cannot be denied!

The flag is a symbol of hope and liberty,

Yet the knee that you take, says you prefer slavery.

That we can help others learn to be free;

Or that others would even choose Liberty.

Yes, you have the privilege to take that knee.

It was granted to you by men with grit and integrity,

Who willingly sacrificed for your freedom and sovereignty.

To take a knee now, is to say to them,

Damn your liberty and talk of free men!

Oh, a perfect people, we have never been,

For we are just sinners, and ordinary men!

I have little secret to share with you now,

Those men would die again for you, anyhow.

Their faith is much stronger than your defiance and hate,

Despite all truth and evidence, you take a knee and bring disgrace.

It was in love they laid down their lives; their sacrifice great…

When real trouble comes the silent patriots will rise.

Heroes for liberty; freedom is their prize.

Men and women who exemplify the Red, White, and Blue

While you take a knee, those with honor and dignity

Will continue to stand strong in sacrifice for your Liberty.

So, tell me son, and please be true,

Why do you take a knee and for who?

I grew up being proud of my country and it’s difficult for me to understand all the hate.

While they believe I’m white privileged, I don’t think my life has been that all.  Like most people, regardless of color, life has dealt a few tough blows along the way.  Being an American and living in this land of opportunity, allowed me choices and the ability to bounce back.

On December 16, 1983 I was visiting my doctor… you see I was 8 months pregnant.  Along my way home I was stopped (by my father) to keep me from going home.  You see, it burned to the ground that day.  My three oldest children were school age and sent to my parents’ home after school.  My husband was still on sight of what used to be our home.  My fourth son was with me, he was only four years old.

That spring Lee Greenwood had a famous song… “God Bless The USA.”  The first words of that song…

… “If tomorrow all the things were gone I’d worked for all my life and I had to start again with just my children and my wife…I’d thank my lucky stars to be living here today, ‘cause the flag still stands for freedom and they can’t take that away.”

We are all privileged to live in the USA and I believe we all have an obligation to fight for freedom in our own way.

I’ve never been rich (monetarily speaking) but God blessed me with a beautiful family… Oh, by the way… in January of 1984 God gave us son #5.  With 15 grandchildren and 3 great grandchildren, I fight each day for this nation, in hopes of restoring the Republic!

When I kneel, it will be in thankfulness not in defiance. 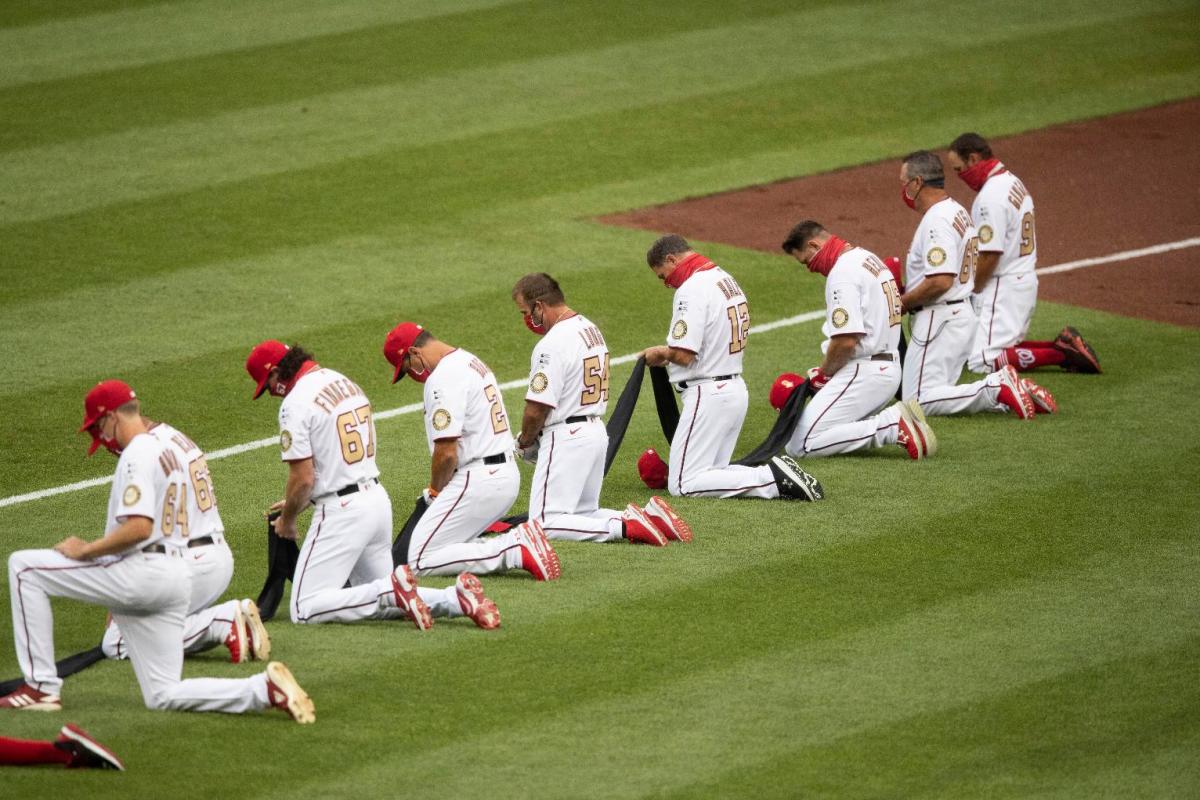