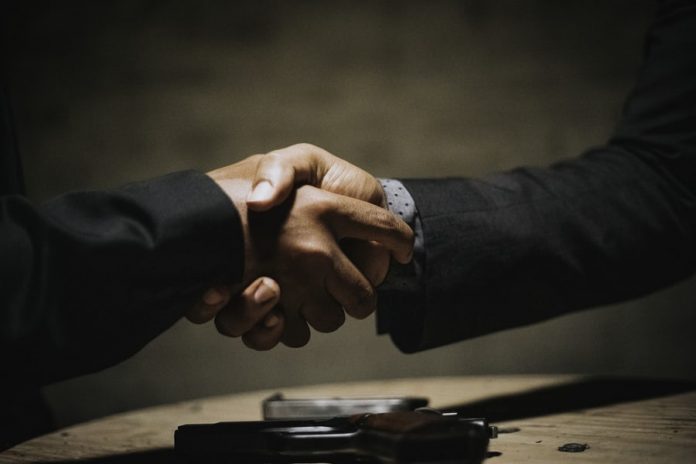 Legislators from state levels to DC have placed a yoke on the American people; the problem is, we actually allowed them to do so.

Necessity!  We are constantly “convinced” by legislators (State & Federal levels) that we need a new law, a new bill or additional forms of government mandates, restrictions or regulations to fix whatever crisis is at hand. These problems are usually brought on by their bad policies.  I won’t call them failed policies because I believe they served the purpose of the legislators, which was to gain more power over us.

I found this definition of necessity:

Necessity is the plea for every infringement of human freedom.  It is the argument of tyrants; it is the creed of slaves. William Pitt Earl of Chatham – Speech in the House of Commons, November 18, 1783

Did I hear you say WOW when you read that?

Tyranny has been upon us, not just for decades but for over 100 years.  However, since 2016 the career politicians have been on a “holy tear.”  They are fighting hard to keep their power by distracting us.  They try to hide their unethical behavior and unconstitutional acts.  The insurrection of our Republic took place a long time ago. The very ones we elected to represent us, to uphold our Constitution, and to guard our Liberty have been working against us.

Years ago, they began legislating and amending our great document, the US Constitution.  They are in bed with, and in debt to big bankers! They connected themselves with outside interests and listened to paid lobbyists who represent NGOs (non-governmental organizations) such as HSUS, ASPCA, PETA, ACLU, The Brady Campaign, Newtown Action Alliance, Greenpeace, Nature Conservancy, WWF (World Wildlife Fund), The Environmental Defense Fund, and so many more.  Now you know why YOU need permission to enter the People’s House (Pelosi’s Temple of Democracy)… They (DC Occupiers, occupying offices and cuttin’ deals) are too busy to work for the ones they are actually there to work for.

Today we know that many of our elected officials are compromised to outside interest groups as well as compromised with foreign countries.  These compromises (deals) have taken them outside of liberty and beyond our Constitution. Many are out-and-out anti-Bill of Rights.  The Separation of Powers was designed for the purpose of having checks and balances, but this structure of our government has been hijacked and transformed into a monopolistic two-party system. They are NOT working for our Liberty!

“When once a Republic is corrupted, there is no possibility of remedying any of the growing evils but by removing the corruption and restoring its lost principles; every other correction is either useless or a new evil.”

We cannot restore the lost principles unless we know and understand what those principles were.

Life, Liberty and the pursuit of happiness, property and prosperity!

We hold these truths to be self-evident, that all men are created equal, (notice it doesn’t say equity) that they are endowed by their Creator with certain unalienable Rights, that among these are Life, Liberty and the pursuit of Happiness.

That to secure these rights, Governments are instituted among Men, deriving their just powers from the consent of the governed, That whenever any Form of Government becomes destructive of these ends, it is the Right of the People to alter or to abolish it, and to institute new Government, laying its foundation on such principles and organizing its powers in such form, as to them shall seem most likely to effect their Safety and Happiness.

Of course, those are excerpts from the Declaration of Independence… According to those words, the only ones who have the right to “insurrect” are… We The People!  (Government is tyranny)

Again, we hear the words of our Founding Father echoing, “The price of liberty is eternal vigilance.”  Thomas Jefferson  “It’s a Republic, if you can keep it.” Benjamin Franklin.

Have we compromised our Republic away?

Our Founders knew that Liberty is never truly won, there will always be evil, greedy men and women, waiting to snatch your freedom for their profit and power.

“For freedom Christ has set us free; stand firm therefore, and do not submit again to a yoke of slavery.” Galatians 5:1 ESV

“Proclaim Liberty Throughout All the Land Unto All the Inhabitants Thereof” Leviticus 25: 10b

That’s the inscription on our Liberty Bell. The Founders believed in Almighty God, they did NOT believe in government as king.

“Government is not reason, it is not eloquence, it is force! Like fire it is a dangerous servant and a fearful master; never for a moment should it be left to irresponsible action.”  George Washington

We have gas prices rising higher and higher.

We have shortages of food and merchandise.

Inflation has our currency falling in worth.

Jobs are scarce. (or the people cannot afford to work)

Our children’s education is government indoctrination.

We’re being told evil is good and good is evil.

Politicians will allow burning down pregnancy clinics and the murder of judges, to save a right (not a natural right) to kill the unborn babies of America.

Foreign countries (many are our enemies) are buying up America’s farm land.

Many of our American Industries have moved out of the country.

Our nation’s borders are now open invitations for terrorists, drug dealers and human traffickers, rapists and all kinds of serious threats.

Our national debt has been raised so many times there virtually is no ceiling and no way the American people can pay the bill.

The two-party system isn’t working for us; it is working against us!

Our elected officials ignore the Constitution.

Our First Amendment is under attack.

Our Second Amendment is threatened with extinction.

Our Founding Fathers signed a declaration against such tyranny. Their grievances then are much the same as what we are dealing with today. However, I believe ours is even worse.  AND my fear is that many Americans are already so far brainwashed… that… well, they cannot recognize Liberty.  They think freedom is to do whatever they want; that is chaos; or democracy, which is mob rule.  Liberty is a much greater achievement and is a higher calling.

When they signed that pledge, it meant treason to the King, who was, at that time, the authority, the ruler!   Liberty and Independence meant so much to them that they were willing to sacrifice!  They pledged (to one another) their lives, their fortunes and their sacred honor.

Today, because of the sacrifice they made, we have the right and the duty to stand up and reclaim our Liberty and restore our Republic.

If we were to take a pledge today, the woke would call us extremists, radicals, racists, bigots and the list of name-calling will grow.  They actually want to lock you up, so that they can continue growing their power and wealth.

A quote that has stuck in my head is from the movie, The Patriot.   “Why should I trade one tyrant 3,000 miles away for 3,000 tyrants one mile away.  A legislature can trample a man’s rights as easily as a king can.”

We’ve tolerated a lot of nonsense and treasonous behavior from the politicians.  It’s time for Americans to put their foot down.

When giving us the Ten Commandments, God didn’t leave any gray areas for compromise. We are to obey His laws, which are in place for our safety and health; in Him we are free!

It’s time we take a pledge to our God first, then to our family and our country.  Protecting our nation is protecting our future generations. Our Founding Fathers were thinking about us when they wrote the Preamble of our Constitution:

We the people of the United States, in order to form a more perfect union, establish justice, insure domestic tranquility, provide for the common defense, promote the general welfare, and secure the blessings of liberty to ourselves and our posterity…

The Constitution, along with the Bill of Rights are our weapons of defense!  We should NOT Compromise!

I will not compromise – I will demand!

I will not comply – I will insist!

I will not bow to government – I will ONLY bow to MY GOD!

I will not break – I will be strong!

I will not roll over – I will push back… hard!

I will not sit down – I will stand in the face of tyranny!

I will not shut up – I will shout loudly against your lies,

I will not play follow the leader with you – I will exercise my enthusiasm for liberty! This is a Constitutional Republic… AND YOU should follow me!

I will not give up, though tyranny be all around me – I will stand vigilant!

I will not Surrender my Liberty nor that of my children!

Give me Liberty or give me Death!

These are strong words, great rhetoric; a patriotic attitude…

The solution and plan is simple, yet most difficult. You need to get connected and involved in all government… local on up! Study God’s word and study the Constitution and the Declaration of Independence.  Read whatever will encourage you and inspire you. Soak it up and then GET UP AND GET GOING!

For these, once again…  “Are the times that try men’s soul.”

We must not compromise!