Trumpistas: Latinos and the GOP 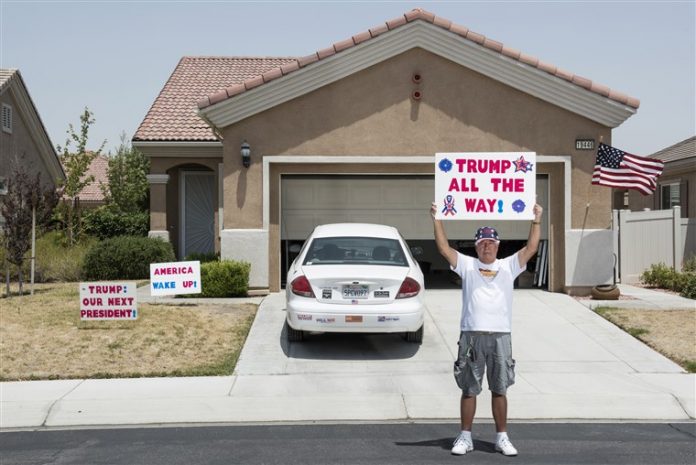 Ferociously anti-Trump publications like The Atlantic have been sounding the alarm on the president’s growing support among Latinos during an election where both sides have declared a war to the knife.  The unabated demographic rise to electoral prominence of Latinos has turned them into kingmakers.  Having been unwilling or unable to stop this rise, Republicans now find themselves having to court Latinos in an attempt to stave off permanent minority party status.

Only a political animal like President Trump could continue to hold sway over a third of Latinos as a Republican while being denounced 24/7 by the legacy media as an unrepentant racist with a special animus toward that same community.  Since his unorthodox success in this area (like many others) is based primarily on his unique instinctual grasp of political realities, a more systematic program must be laid out for present and future Republicans seeking to imitate his success.  First and foremost, Latinos have a peculiar set of characteristics that could lead an amateur to reach seemingly sound but ultimately ridiculous conclusions regarding the tripartite issues of race, culture and immigration that so define the Latin experience in the United States.

Racially speaking, even though most Latinos would be classified as POC (“Persons of Color”), they exist outside the dominant black-white paradigm that has historically framed race relations in America.  Racial questions rage within the Latino community (given the cultural imprint left by the colonial caste system) but remain essentially disconnected from the grander race question of American society.  Racial demagoguery, therefore, has remained a mostly incipient activity among Latinos.  A large part of this overall racial disconnect is the result of the fact that a substantial minority of Latinos consider themselves “honorary whites” (as a result of their real and imagined Spanish ancestry) and along with their unorthodox views on blacks remain immune to BLM-style racial agitation.

Simply put, Latinos (of all shades) conceive of themselves as a “Third Race” — different in their collective aspirations and fears from the dominant white gringos and an utterly alien black minority.  These racial realities have continually frustrated Democrats’ hopes of creating a blood bond between Latinos and the Democratic Party (similar to the one that the latter currently enjoys with blacks).  As a result of this, as the Democratic Party has continued its lunge toward socially degenerate pauperizing corporatism Latinos have sought to renegotiate their electoral support.

Latinos wish to continue their socio-economic rise while simultaneously keeping their highly traditional culture intact by beating back the forces of social corrosion (abortion, homosexuality, feminism, transgenderism, atheism, banditry, etc.).  Currently, a newly emergent socially combative economic populism on the right is causing ever larger numbers of Latinos to seek this renegotiation outside the Democratic Party.  If, post-Trump, the GOP fails to embrace this populism, then Latinos will simply attempt this electoral renegotiation within the Democratic Party.

This is because, contrary to popular myth, the religiosity of Latinos does not make them “natural Republicans” or, more to the point, “unnatural Democrats.”  Latinos’ religiosity is not a sign of puritanical piety or moral rectitude (the almost comical levels of moral depravity south of the border should have put that myth to rest a long time ago), but instead an integral part of the cultural marking used to differentiate them from other ethnic groups.  This identitarianism masquerading as religiosity means that a community that strikes such a prominent religious pose can continue to co-exist within a Democratic Party that despises “Bible-thumpers” but is more than willing to accommodate identitarianism among minorities.

GOP equivocation on the issue of illegal immigration from the south is the result of yet another one of these popular myths.  Among propertied Latinos of longstanding legal status American citizenship serves as a status symbol that is used to differentiate them from the countless wretched illegals among them and the contemptible masses south of the border.  The attempt at leveling these differences by granting “a pathway to citizenship” to illegals threatens the socio-economic positions of these deeply rooted and patriotic Latinos who are as “anti-immigrant” as any white working-class “Trumplican.”

At the most primal level, attempts to entice demographic groups such as Latinos away from their longstanding patrons require winning over not only their minds, but also their hearts and souls.  The enticer must hate what they hate and love what they love and fear what they fear or at least be convincing enough at appearing to do so (cf. President Trump’s romancing of white working-class Rust Belt Democrats in 2016).

Trump’s affect as “America’s caudillo” during his presidency, especially during these times of rampant lawlessness on America’s streets (“law and order!”), is cementing these deep bonds of affection with Latinos, who are already attracted to his populism.  His “caudillo energy” is appealing to their subconscious ancestral memories (more on that later). His machismo along with his sins of the flesh and of the tweet have earned him a grudging admiration even from those Latinos who oppose him politically.  Milquetoasts are instinctually repulsive to Latinos, regardless of how Latin-friendly they are on paper (e.g., Jeb “Please Clap” Bush).  A mere gram of “caudillo energy” is worth an entire pound of “Hispandering.”  A brief digression is required at this point.

Latinos, since their ill fated conception as a distinct people, have attempted to set their native societies upon highfalutin European theories of self-government.  These attempts have either ended up in sanguinary disasters or pseudo-states riddled from top to bottom with gross corruption and widespread banditry.  Only the “caudillo” or strongman has been able to form an effective barrier against such societal degeneration.  Latinos therefore instinctually place the protection of their property and women over any sort of abstraction that gives free rein to rioters to beat individuals senseless and pillage businesses.

The Latinos who, given the riots, are instinctually running to see what the supposed party of “law and order!” has to say are instead being met with the party of “criminal justice reform.”  This new stratagem is equal parts schizophrenic and idiotic, given that Trump and the GOP are attempting to outflank the Democrats on completely alien terrain while struggling against their most basic impulses.  Cuddling up to criminals while rioters burn entire neighborhoods on air could not be more off-putting and manages to do the typical GOPe thing of salvaging defeat from the jaws of victory.

A post-Trump defection of about a third to half of the Latino community over to the GOP would be the result of a sage application of these insights and others like it.  Failure in this area will help to cement the Democratic Party’s hegemony over Latinos and, with that, the Democratic Party’s permanent future hold on the Oval Office. 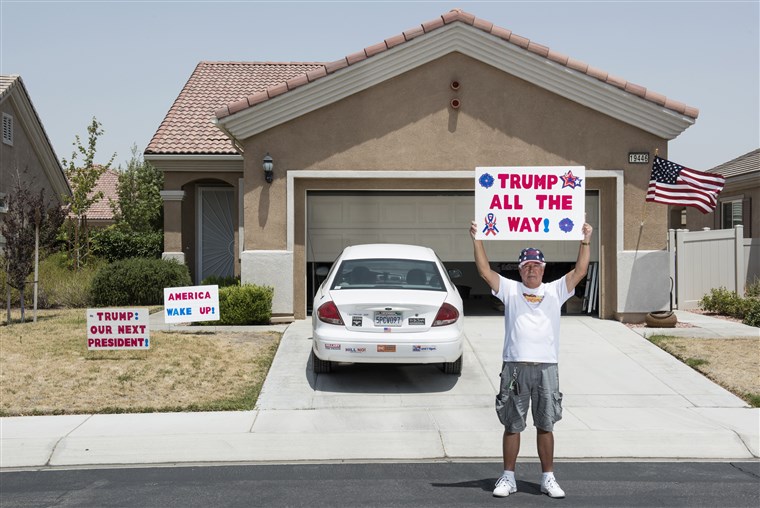