THE UNMASKING OF SOCIALISM 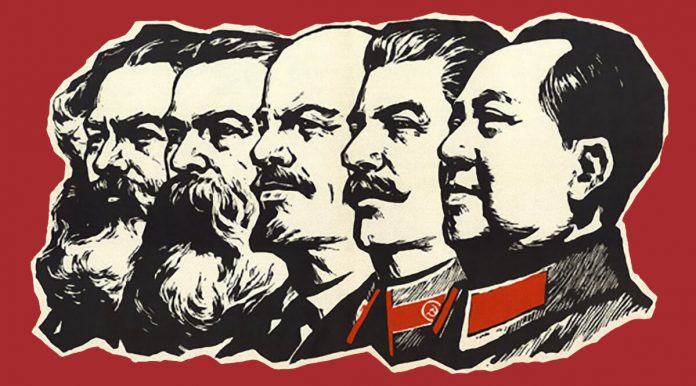 America is in the fight of her life!  You; and I mean YOU, cannot ignore it and if you don’t get off the political merry-go-round you will lose all liberty in this nation. YES, IT IS THAT SERIOUS!

My concern is not for any particular political party; neither one of them has been working for the American people for decades.  My real concern is finding the best way to Restore ourRepublic!

One of my favorite listeners was upset with me.  He took issue with my statement, “Vote out every Democrat, from the local offices, state offices, all the way up to DC.”  He mentioned a Democrat, who had voted in favor farmers; (A friend to the farmer he asked.)  Shouldn’t we keep someone like that in office?

At first, I personally thought this way too, but then I realized we can’t win back our Republic by voting for one “semi-good” candidate.  The 2-party system, in and of itself, is a monopoly of power; very rich and very powerful!

If you have a Democrat up for reelection and you’re questioning in your own mind, as to the worthiness of your vote, ask yourself the following questions:

The Democrats no longer believe in America, in fact they HATE it! They hate the Constitution, they hate rule of law, they hate LIFE; the word Liberty is vile to them!  With socialism, there is no Pursuit of Happiness.  The government will dictate your jobs, your wages, your land and you will NOT be able to contest them; as there will be no FREE Speech!

“Natural rights are those rights such as LIFE (from conception), LIBERTY and the PURSUIT OF HAPPINESS… FREEDOM OF RELIGION, SPEECH, LEARNING, TRAVEL, SELF-DEFENSE, ETC…  Hence laws and statutes which violate NATURAL RIGHTS, though they have the color of law, are not law but impostors!  The U.S Constitution was written to protect these NATURAL RIGHTS from being tampered with by legislators.  Further… our forefathers also wisely knew that the U.S. Constitution would be utterly worthless to restrain government legislators unless it was clearly understood that the people had the right to compel the government to keep within the Constitutional limits.”  (Excerpt: Citizen Rule Book by Written Printers, Pg. 10)

“Politicians, bureaucrats and especially judges would have you believe that too much freedom will result in chaos.  Therefore, we should gladly give up some of our RIGHTS for the good of the community. In other words, people acting in the name of government, say we need more laws and more COURTS to enforce these laws – even if we have to give up some RIGHTS in the process…They believe the more laws we have the more control, thus a better society.”  (Excerpt: Citizen Rule Book by Written Printers, Pg. 9)

“Those who would give up essential Liberty, to purchase a little temporary Safety, deserve neither Liberty nor Safety.”  Benjamin Franklin

Americans have given up too much and we are reaping the disorder of too many laws.   Natural Rights have no place in socialism.  We’ve witnessed the elite (both sides of the aisle) destroy the rule of law to promote their agendas.  These elected elites, along with their appointed bureaucrats, no longer represent the US Citizens but live to dictate at us from their ivory palaces in DC.  (Those palaces we pay for!)

In the “utopia” of a socialist government, which the democrats are pushing, your rights are nonexistent!  If you obey their government rules – you might receive some living privileges, but they refuse to speak of or recognize your “Natural Rights.”  Natural Rights come from God; socialists speak of “human rights,” which is whatever right or privilege allowed, legislated or sold to you by government.

For example:  Democrat-socialists say all women deserve healthcare; and abortion should be available for all women.  Abortion, however is not healthcare but they like to lump it in that category. Taking care of your health is a right that government should not be controlling and government healthcare is all about control.  Actually, they’re speaking about insurance, which doesn’t address the issue of high medical costs at all!

No matter the issue, when government gets involved the cost goes up and the efficiency goes down.

While the socialist dems like to tout the word “choice” when speaking of abortion, it is not on their lips when speaking about healthcare or education.

If they are all about choice, why are the Democrats dead-set against SCHOOL CHOICE? The quick explanation is that it adds competition, you’re in control of the arena and government is no longer in control of you or the educational system.

The Democrat-socialists have made no pretenses about their disdain for your Second Amendment! Kamala Harris has promised to take your guns, via a buy-back program, which will be forced upon you, should you be uncooperative. Let me add Beth’s thought: There’s only one reason for any government to mount an effort to disarm their citizens! …and it’s not for yoursafety…

Before all is said and done, the new socialist government will own our doctors and all the hospitals; all land, all businesses, all industries, and ALL YOUR FOOD!  They will own and control all educational institutions and you will have nothing; well, maybe a few privileges and a $15 an hour equality wage!

Make no mistake about it, this is NOT the democrat party of your grandparents.

THE UNMASKING OF SOCIALISM:

BEGIN THE PLAN TO RESTORE OUR REPUBLIC

THE DEEP STATE is/are all the socialists and globalists who are in prominent positions in our government! They’ve been busy mandating, regulating and strangling your independence.

The American people (the Republic) has been asleep at the helm of Liberty and we’re about to lose it all!!!  America’s future generations, our grandchildren will suffer the most.

I stand by my statement: You don’t have to agree, but at least think about it.  Don’t reward a Democrat for a few good points on his voting record.

VOTE OUT ALL DEMOCRATS!   It will send a loud message to all!  The message:  “We’re watching you, the sleeping giant (the American people) are not woke… WE ARE AWAKE!  …and we’ve got a good grump on!

Let’s give equal time to the Republican Party; They will know they too are now on watch!  We will allow no more fence riding and no more refusing our Natural Rights.  Politician beware and know this:  THE BILL OF RIGHTS is our RED LINE IN THE SAND; be you Democrat or Republican, do not cross that line again!

It is time the American Christian put on his/her armor! May we be such a people who…  “Put on the full whole armor of God, that ye may be able to stand against the wiles of the devil.” Ephesians 6:11:

“When once a Republic is corrupted, there is no possibility of remedying any of the growing evils but by removing the corruption and restoring its lost principles; every other correction is either useless or a new evil.”  Thomas Jefferson

CSC Talk Radio  (the official page not the group page)

Or meet me in the Parler @BethAnnCSCTalkRadio

By Alex Newman, Epoch Times Commentary This is part 21 in a series examining education in the United States. When it comes to education policy, the Biden administration is...
Read more
Constitution

Democrats are trying to teach us that some racism is different so that racism is actually good.  This is really what they want us...
Read more