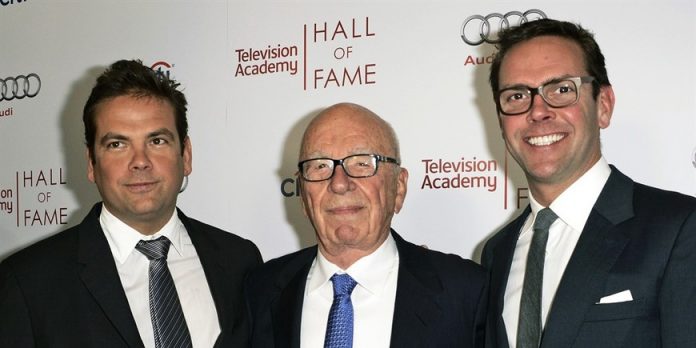 There’s something annoying about rich kids who despise their parents who happily denounce everything their parents did to provide them an amazing life while living off their money. Liberal kids of conservative parents strike me as the most miserable people on the planet – the trust fund babies marching to end capitalism, for example. The news and political world are not immune to this phenomenon.

How many Members of Congress are there because of their last name? They either married someone who retired or died, or they are the kid of someone who did the same. The entire existence of the Kennedy family is based on this idiocy. And so, it seems, is the life of James Murdoch.

Don’t know who James Murdoch is? You’re not alone. He’s one of Rupert Murdoch’s kids, the one who resigned from the board of Fox News because he’s a left-winger who hates the company that helped bring his personal net worth to $2 billion. That’s right, $2 billion.

How did James earn this money? By being born. Honestly, that’s his major accomplishment in life; he’s the lucky sperm.

I don’t begrudge him the money, he was born to a wildly successful businessman. But he seems to begrudge his father and how he made his fortune, which I do have a problem with.

Rupert Murdoch created a worldwide media empire and, more importantly, destroyed the liberal monopoly of the media in this country when he founded Fox News. For that, tens of millions of Americans are eternally grateful.

James, on the other hand, is angry about it. Disgusted, really.

In an interview with New York Times columnists Maureen Dowd, James Murdoch whined about not being able to change Fox into every other cable news network that he resigned from the board of directors. Of course, he was only on the board of directors because his father owns the network. Talk about daddy issues.

“I just felt increasingly uncomfortable with my position on the board having some disagreements over how certain decisions are being made,” he told Dowd. “So it was actually not that hard a decision to remove myself and have a kind of cleaner slate.”

That giant pile of money given to him by his father made making resigning from a board seat with little to no responsibilities easy. “I think there’s only so much you can do if you’re not an executive, you’re on the board, you’re quite removed from a lot of the day-to-day decisions, obviously,” James said. “And if you’re uncomfortable with those decisions, you have to take stock of whether or not you want to be associated and can you change it or not. I decided that I could be much more effective outside.”

It’s the idea of being “much more effective outside” of Fox where James finds himself now.

After floundering for much of his professional life – founding a record label, for example – James wanted a say over his father’s business. He didn’t get it.

After the family sold 20th Century Fox to Disney for $71 billion, Down reported “Rupert Murdoch did not try to make a top job for James at Disney a condition of the deal. He looked at James objectively vis a vis the deal, Disney insiders said, not with a father’s protective instinct.” I guess pocketing the GDP of many small countries wasn’t enough for James, he wanted daddy to get him an impressive-sounding job too.

When that “job” fell through, James comforted himself with the fortune his father basically gave him. Then he set about attacking his father’s business and, by extension, everyone on the political right who enjoys it.

He now spends his time (and money) on pet projects like a comic book company, film festivals, and left-wing political causes. It’s like a stereotype of a trust fund baby rejecting everything their parents stand for…except the giant bank account it gave them.

This seems common for kids of successful business leaders – they bank all the benefits of the free market system while rejecting it. Being rich, especially with wealth you didn’t create, makes that easy to do.

So, at least for now, Fox News is safe. James is gone, but lurking. He’d still like to get his hands on the company, after his father retires or dies. Dowd reports James has teamed up with his two sisters and, if they should gain control of the family trust, they would be able to “de-Foxify Fox News.”

As someone who grew up in a happy blue-collar family, I find people who bite the hand that feeds them particularly annoying. We all rebel, it’s a part of childhood. But James Murdoch is 47 years old, normal people grow out of that by 20. Of course, normal people don’t have billions of dollars to indulge their delusions of grandeur and daddy issues with. Therapy would be cheaper and less destructive.

Still, if James really wants to rebel maybe he should unburden himself of the money his father’s business gave him. It would likely be eye-opening, maybe even cathartic. On that, I’m willing to help. Get in touch, James. 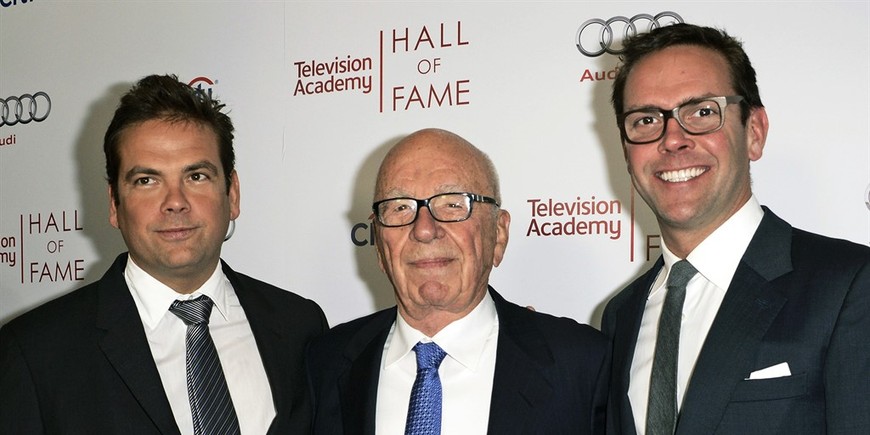 Facebook
Twitter
Pinterest
WhatsApp
Previous articleEmails reveal how Hunter Biden tried to cash in big on behalf of family with Chinese firm
Next articleIt’s Not Just Hunter Biden Giving Joe Heartburn Over Conflict of Interest Issues. Did You See His Son-in-Law?

By Tyler Durden, Zero Hedge The signs really began to become visible at the end of January, 2020; there was an exodus of people brewing,...
Read more
American Culture

By Jeff Utsch, Townhall Professional athletes, many being minorities, have a unique opportunity to spread a positive message about America as a land of opportunity...
Read more
American Culture