The Political Anatomy of Covid-19 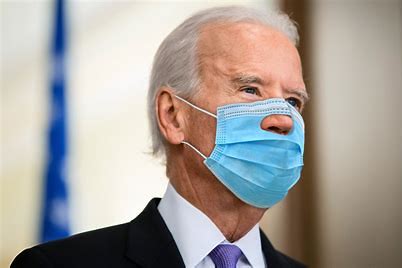 Once again, (I probably need to get a hobby) I sit and reflect on the world at large, specifically the COVID-19 (Corona virus) Pandemic.  Just by way of information, the Corona viruses are a large family of viruses that cause illness ranging from the common cold to more severe diseases which include severe respiratory syndromes and is similar to SARS.

2019-nCoV is the current new strain that has not previously been seen in humans and causes COVID-19/corona virus. So, the disease caused by the virus was named COVID-19 meaning, Corona Virus Identified in the year 2019. With that being said, the medical community names these viruses by its morphology but not the particular origin point. You probably see where I am going with this…

The current national CDC infection number is about 6.3 million with approximately 183 thousand fatalities.  Additionally, the CDC came out on August 30 with a statement that the actual COVID-19 caused deaths is about 6% of all the fatalities with the rest being attributed to comorbidities.

In contrast, in 2009-10 the H1N1 Pandemic showed 60.8 million individuals that were infected with 285 thousand fatalities.  My question to you is where was the moral outrage, closures of schools and businesses, Draconian measures that were selectively enforced?

Oh, there were none because Barack Obama was President and no one dared criticize him lest you be called a bigot and racist by the media and run out of town on a rail.

Now the Chinese virus, as I call it because of its origin, drives the liberals to mayhem calling all xenophobes and racists, but hypocrisy is a nasty mistress.  You will see the media mob speak the truth for once!!!

In 2009, how dare they accuse the poor little pigs of being the cause of H1N1 or the Swine Flu!

And, of course, there is Beijing Biden whose family has enriched itself 10-fold from his connections in China, calling President Trump a racist and xenophobe for closing the boarders to China and Europe and then blaming him for the Pandemic, while the media are willing accomplices to this lie.

The only way to end this madness is to get out and vote on November 3rd at the polls. All our lives and the land of the free depend on it.

Dr. Joseph A. Finley, Jr.
Dr. JOSEPH A. FINLEY, JR. PH.D., CPP. Dr. Finley served as the Director of Training at Invictus Security which is a disabled veteran owned and operated company in Florida. Previously, he was with G4S Secure Solutions, USA as Director, G4S, North America Training Institute (NATI). Dr. Finley is a knowledgeable safety and security expert, with an extensive background in federal law enforcement and academic administration. He has more than 28 years as a Special Agent of the Federal Bureau of Investigation (FBI). Dr. Finley has been involved in the FBI SWAT/Sniper program, and conducted 200 dynamic entries while assigned to the Special Operations Division of the FBI. Additional, he has been on the Executive Protection details for U.S. Attorney General Janet Reno and U.S. Congressman Allen B. West. Since 1987, Dr. Finley was assigned to the Special Operations Group of the FBI (17 years) and while assigned to the New York Division, actively conducted Technical Surveillance Countermeasure Sweeps (TSCM) and surreptitious entries. Upon being transferred to the Miami Division in 1996, he continued his assignment in the Special Operations Group. He is an Expert Witness in the field of Forensic Geology and was assigned to the FBI Laboratory as an examiner and testified as an expert in Federal, State, and Local courts. He has conducted many crime scene investigations and started the Underwater Search and Evidence Recovery Team (USERT), FBI, Miami. He was an original member of the FBI Scuba program. He has lectured at the university level and at private symposiums on Maritime Security, Homeland Security, MTSA Compliance Matters, Terrorism, Underwater Crime Scenes, PTSD in Security Officers, and Technical Surveillance Countermeasures. Dr. Finley is on the Board of Directors, American Society of Industrial Security (ASIS) International Chapter 254, The Palm Beaches, as well as being on the ASIS National Standards Committee for Investigations. Dr. Finley is a certified protection professional (CPP) through ASIS International. He holds a Doctor of Philosophy in Education Leadership with a Global Perspective, a Master of Science in Criminal Justice Administration with concentration in Forensic Science, and a Bachelor of Science in Geology.