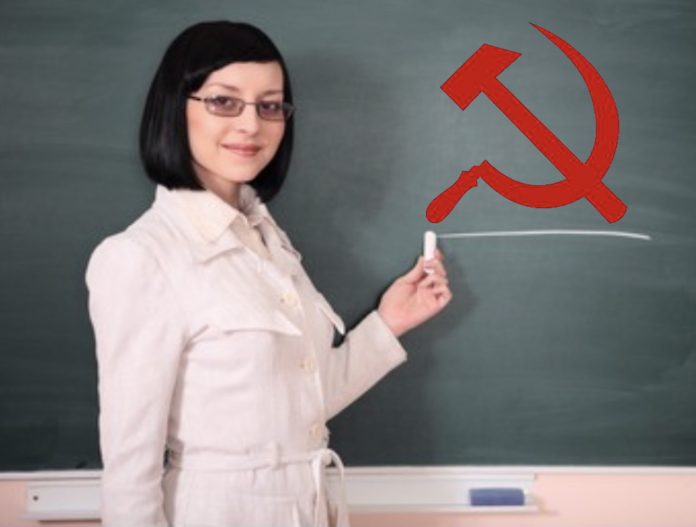 Well here we are again at another rant point.  I try to be as pragmatic as possible and give an accurate summary of complicated issues but sometimes it infuriates me to the core. This is one of those moments. If it walks like a duck, looks like a duck, quacks like a duck then it must be a duck.  Not if you are Democrat because you are violating every tenet of the “Woke Faucists” by misogynistically creating a gender identification crisis by not allowing the little duck to self identify as they wish!  (FYI, Ducks are female and Drakes are Male).  This destructive culture permeates throughout our country as is evidenced by a new ethnic studies program that has just been unanimously approved by the California State School Board.  It is  setting our children  up to be indoctrinated, all the way from kindergarten to graduation.

A few weeks ago, Dan Bongino in his podcast brought up a video interview from the 1980s featuring a former KGB propagandist who defected to Canada, Yuri Bezmenov, who warns of just this sort of thing being done in America over several generations. (Huckabee, 4/2021)

Bezmenov is talking about how Communists subvert American ideology in a totally obvious and open way.All Americans have to do is unplug their ears and it will be obvious. It is not the spy-themed entertainment that he says Americans are so enamored of.

Most of what our enemies are doing is not traditional spy craft according to Bezmenov, he says, it has nothing to do with intelligence at all.  Only about 15 percent of time, money and manpower is used for espionage. The rest is part of a very slow brainwashing process that they call ideological subversion.  They have another name for it as well: active measures which essentially is psychological warfare.

The goal is to change Americans’ perception of reality so thoroughly that despite an abundance of information, no one is able to come to sensible conclusions. (Huckabee,4/2021)

The following breaks the process down into four stages:

These people are programmed to think and react to certain stimuli and the process is complete and irreversible. They have their own perception and their own logic and  you cannot change their mind, even if you expose them to authentic information, even if you prove that white is white and black is black.

Bezmenov  further explains that even if I take [a programmed person] by force to the Soviet Union and show him concentration camp, he will refuse to believe it.  Since there is no way to reach these people, he says, the only way out of this mess is to bring up a new generation that is well-versed in American values and doesn’t think this way. Bezmenov tells us that it took a long time to get here and it’s going to take a long time to get out. Start NOW.

Additionally, Bezmenov concludes that when those useful idiot Americans experience with shock what it’s like to be trapped within real Marxist-Leninism, there will be revolt, but rebellion will be put down. There will be no place for dissent, he says. Dissenters will be squashed like cockroaches.

Bezmenov says this is what will happen in United States if you allow all the schmucks to bring the country to crisis. They do it by promising all kinds of goodies and paradise on earth.

We’ve been at war, he says, an undeclared total war initiated by the world Communist system,or call it a world Communist conspiracy. We must turn this process around, because this is the last refuge of freedom and unlike him, we will have no place to defect to. That is, unless we want to live in Antarctica with penguins.

What do we do to stand against this evil in the White House? Bezmonev states the first essential is a very strong national effort to educate children in American values and patriotism and teach them the real danger posed by socialist/communist ideology. If young people fail to grasp this, he says, nothing ever can help the United States. Fortunately, he says, at least part of the American population gets what is happening, and they have to FORCE their government to stop aiding Communism. This effort has to go beyond the typical letters and petitions, he says, because there is no other problem as burning and urgent. (Huckabee,4/2021)

As we look at what is happening in our country and the world today, his warning applies to the growing power of China , particularly American business’s dependence on that market and the global Communist system. If China and Russia ally themselves, our situation is even more dicey.(Huckabee,4/2021) Bezmenov says we’re at war, though many don’t realize it, and we have precious little time to save ourselves and future generations.

The priority now: our education system. Whether or not you have kids in school, you are in this fight, and it is a FIGHT. Readers ask me all the time what we can do –- start here. That goes double for folks in California. Become an activist. Run for school board if you can, and support strong candidates. Make demands. See that the “woke” go broke. We have no choice but to take our classrooms and our culture back. (Huchabee,4/2021) 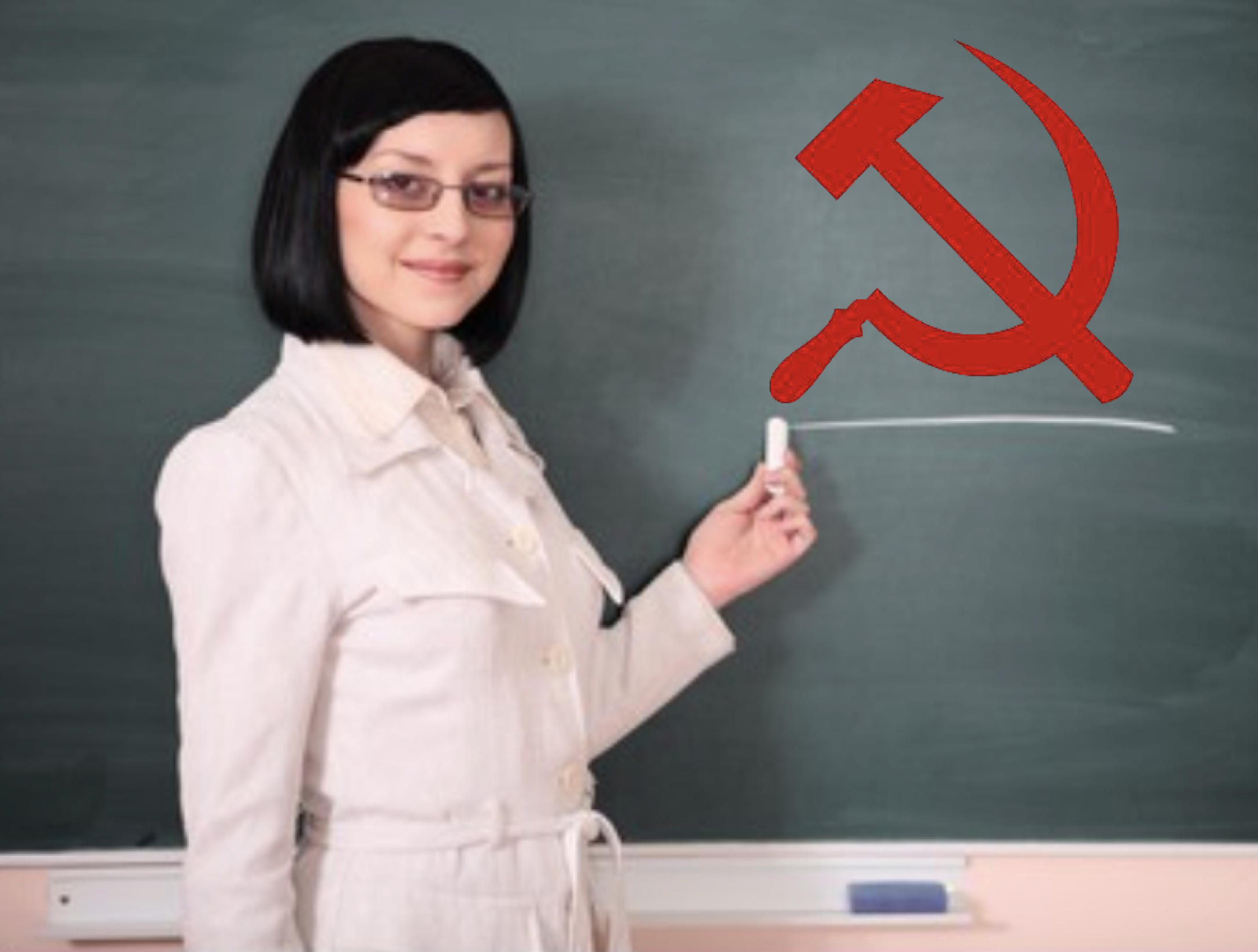 Dr. Joseph A. Finley, Jr.
Dr. JOSEPH A. FINLEY, JR. PH.D., CPP. Dr. Finley served as the Director of Training at Invictus Security which is a disabled veteran owned and operated company in Florida. Previously, he was with G4S Secure Solutions, USA as Director, G4S, North America Training Institute (NATI). Dr. Finley is a knowledgeable safety and security expert, with an extensive background in federal law enforcement and academic administration. He has more than 28 years as a Special Agent of the Federal Bureau of Investigation (FBI). Dr. Finley has been involved in the FBI SWAT/Sniper program, and conducted 200 dynamic entries while assigned to the Special Operations Division of the FBI. Additional, he has been on the Executive Protection details for U.S. Attorney General Janet Reno and U.S. Congressman Allen B. West. Since 1987, Dr. Finley was assigned to the Special Operations Group of the FBI (17 years) and while assigned to the New York Division, actively conducted Technical Surveillance Countermeasure Sweeps (TSCM) and surreptitious entries. Upon being transferred to the Miami Division in 1996, he continued his assignment in the Special Operations Group. He is an Expert Witness in the field of Forensic Geology and was assigned to the FBI Laboratory as an examiner and testified as an expert in Federal, State, and Local courts. He has conducted many crime scene investigations and started the Underwater Search and Evidence Recovery Team (USERT), FBI, Miami. He was an original member of the FBI Scuba program. He has lectured at the university level and at private symposiums on Maritime Security, Homeland Security, MTSA Compliance Matters, Terrorism, Underwater Crime Scenes, PTSD in Security Officers, and Technical Surveillance Countermeasures. Dr. Finley is on the Board of Directors, American Society of Industrial Security (ASIS) International Chapter 254, The Palm Beaches, as well as being on the ASIS National Standards Committee for Investigations. Dr. Finley is a certified protection professional (CPP) through ASIS International. He holds a Doctor of Philosophy in Education Leadership with a Global Perspective, a Master of Science in Criminal Justice Administration with concentration in Forensic Science, and a Bachelor of Science in Geology.

Cattle ranchers and other meat producers have been under fire by animal rights and environmental groups for years. It’s nothing new. But under the...
Read more
Education

By Alex Newman, Epoch Times Commentary This is part 21 in a series examining education in the United States. When it comes to education policy, the Biden administration is...
Read more
Education