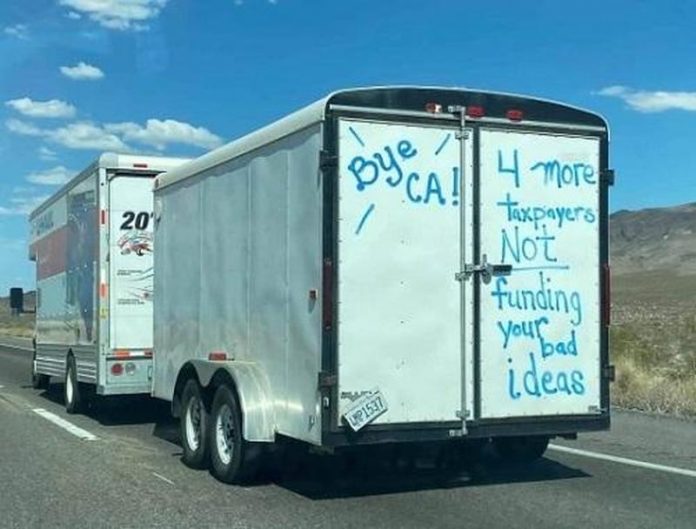 The signs really began to become visible at the end of January, 2020; there was an exodus of people brewing, and it was galvanizing fears on both sides of the political spectrum. The pandemic situation is cited by the mainstream media as the primary cause, but in reality the migration had started at least 3 years earlier. Americans were leaving certain states and cities behind by the tens of thousands, and these places were predominantly leftist in their policies and population. California, New York, Illinois, New Jersey, Maryland, Massachusetts, Connecticut, etc.; all of these progressive states were bleeding residents since 2017, the pandemic just accelerated the situation.

There are a number of reasons given for the dramatic shift in population, but two specific reasons stand above the rest: Economy and political ideals. The pandemic itself is only a minor motivator. Consider the fact that residents of California left the state in droves for Texas over the summer DESPITE the problem of Covid infection spikes in major metropolitan areas of the Lone Star State. People didn’t care, they just wanted to get the hell out of California as quickly as possible.

Again, a main reason given by former Californians was politics. They are conservatives or moderates that felt isolated or trapped in a far-left cesspool and they realized their future life prospects depended on them transplanting to a more free and less bureaucratic place.

The fear among conservatives was that the pandemic would smoke leftists out of their hives and that they would spread to more conservative areas and “take over”. This does not seem to be the case. In fact, it appears that most leftists are stubbornly refusing to acknowledge that their states are dying and are actively defending state policies on the web. Check out the angry and delusional comments from California progressives on this opinion article in Arizona telling them to leave their failed policies behind if they move to the state.

These people are suffering from some serious saltiness, and the fact they they are still trying to claim that states like California are economically stable shows how truly delusional they are. Conservative states have nothing to worry about – The lefties are too dumb to relocate. They’re going to sit within the rotting corpses of the states they killed and pretend it smells like roses. This is what they do; when they are wrong or when they have failed they double and triple down. It’s their defining characteristic.

In my state of Montana real estate purchases have surged over the past year. Recent data on school enrollment numbers are up 15% – 20% in cities like Missoula. This includes new students in public schools as well as those registered for homeschooling, and it’s a massive spike for the region. The majority of new students are recent transplants from other states. I have spoken with hundreds of these people personally and ALL of them said they were moving to Montana because they were conservative, many of them were preppers and many of them wanted to be around other conservatives in the event that the world continues on its current downward spiral.

They do sometimes mention the coronavirus situation, but they generally are not worried about the virus itself. Rather, they are concerned about the virus RESPONSE. Meaning, they want to retain their freedoms, they do not like the draconian restrictions put in place in their former states and they are trying to escape the business lockdowns that are killing local economies.

Some states like California have responded as leftists typically do, by seeking to punish people for walking away from the collective. This includes a new Wealth Tax law in the works that would require people with high incomes such as business owners leaving California to continue to pay taxes to the state for 10 years, even though they no longer live there. In other words, successful business owners who leave California will have to pay taxes to two separate state governments at the same time.

California Assemblyman Rob Bonta, one of the people supporting the Wealth Tax proposal, asserts that the pandemic is the cause of California’s economic troubles including a huge surge in the homeless population. However, the spike in poverty and homelessness was escalating well before the coronavirus ever appeared. It was the hard-left policies of the state government that caused this mess; they can’t blame everything on Covid, though conmen like Bonta will certainly try.

The fact that leftist states are poised to institute punishments or disincentives for leaving (which is unconstitutional, by the way), shows just how bad the migration has become for them. Frankly, these state governments need to be taught a lesson, and one of the only lessons they understand is the loss of tax revenues.

It should not be surprising at all that conservatives are rushing for the exits, these places are on fire and progressive legislators are throwing Molotov cocktails for good measure. I’m only surprised by the speed and scale of the migration, the whole thing is happening so fast it makes your head spin.

My point is, the migration is very real. No one can deny anymore that it is happening. But what does it mean for the future of America?

As I have noted in previous articles, in my view the BEST case scenario we can possibly hope for as conservatives is a balkanization of the US based on ideals and principles. According to the economic data and social upheaval I am seeing, I think there is little chance we can save the whole country in the short term. Instead, conservatives organizing together regionally is the best bet in stopping widespread unconstitutional changes to our laws and usurpation of our culture.

In rural areas in particular we enjoy far more freedom and the majority of people have no interest in abiding by lockdown restrictions. We ignore them. A friend of mine recently had family visit from California and they were astonished at how ‘normal’ daily life was in Montana. They said just being able to go to a restaurant and eat there, or walk into a store without being forced to wear a mask was a strange feeling, as if they were visiting a foreign nation.

This is saddening to me. The coronavirus is certainly not worth this loss of liberty.

I suspect that the conservative migration will lead to some interesting side-effects. First and foremost there will be continued attempts to stop it. Eventually, states like California will try to implement measures beyond tax punishment. They may even try to exploit the pandemic as a rationale for locking down state borders in the name of “protecting citizen health”. I would not be surprised if hard-left states actively try to physically stop residents from moving away.

As the economy continues to decline and stagflation strikes, likely very hard in 2021 regardless of who is in the White House (you can thank the Federal Reserve for that), price increases will eventually prevent Americans from being able to relocate anyway. But, for the next six months at least I think the migration will continue to grow.

The congregation of conservatives today is perhaps the first time in a long time that we have sought to build a unified front for preserving the American way of life, free from big government, free from bureaucracy and free from socialist subversion. Without the migration, we have zero chance of achieving this, but there are some who will argue against it.

I have noticed that certain conservatives and moderates are claiming that by leaving places like California or New York the movement is “abandoning the fight” and exposing those regions to complete takeover. News Flash for these folks: You already lost those states. You lost that fight. They have been taken over. And, if you understand strategy in the slightest, you will wrap your heads around the need for a strategic withdrawal so that you can live to fight more winnable battles another day.

This mentality reminds me of the people that were arguing that conservatives should not start their own social media platforms “because the real fight is on Twitter and Facebook”. This is naive thinking. Those platforms are OWNED by the extreme left, and there is no one on these websites that will be convinced by your arguments no matter how reasonable or factual. It’s time to build alternatives that are more free and stop wasting our energies on lemmings that cannot be saved.

What I find most fascinating about the current migration is that it’s bringing together conservatives and moderates or “classical liberals” that have been alienated by modern social justice movements. In my opinion most moderate liberals are actually conservatives or libertarians and they’re just not ready to admit it yet, but I’m glad to see these people working together.

The fight that is coming will require us to ally with people that do not necessarily share ALL our views, and that’s okay. The goal is to get to the truth, and to use what works best and to maintain a set of shared cultural principles that value freedom. Americans aren’t relocating anymore out of convenience or economic incentives – it’s actually rather inconvenient and expensive to relocate these days. They aren’t moving due to climate or job availability or wages. They are moving because they have a shared desire to be free. It’s really that simple.

And, the sooner free peoples band together, the safer we will be from the statists and tyrants of the world. If that means the US is broken apart for a time in the process, then so be it. It’s better than having the entire country fall because rational people were isolated from each other. 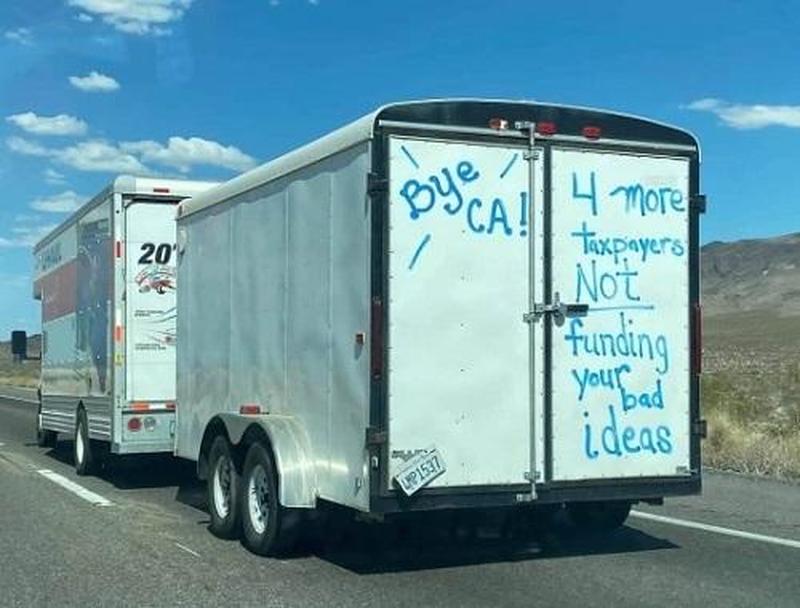 By Jeff Utsch, Townhall Professional athletes, many being minorities, have a unique opportunity to spread a positive message about America as a land of opportunity...
Read more
American Culture