The Five Reasons Trump Is Going to Crush Biden 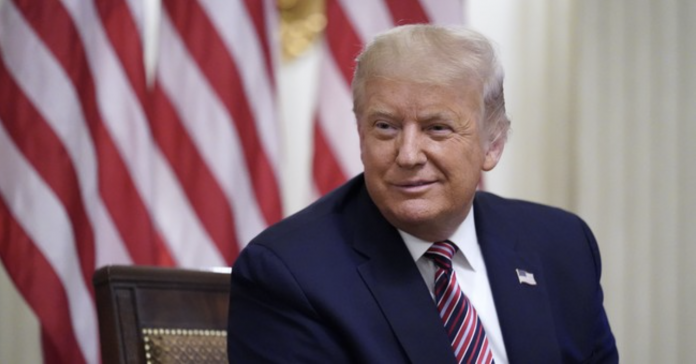 By Kurt Schlichter for Townhall

As the smoke clears following Donald Trump’s re-election, revealing the shattered ruins of the Democrats’ hopes and dreams of implementing their own Lil’ Venezuela in the Land of the Free, all the smart blue check Twitter people will be rubbing their heads – sissy drinks make for the worst hangovers – and explaining, “Well, of courseBiden lost. Duh. It was so obvious he would lose. Pass the Advil.”

So, why not do the post-mortem before the mortem, you know, a pre-mortem of why the creepy old weirdo who lives in a basement lost?

Joe Biden lost because he is a creepy old weirdo who lives in a basement. But there are so many more facets to his diamond of failure. Look at his performance during the primary. He won because he was the last loser standing. Did his hideous conjoined Kamala twin even reach Iowa? Several others didn’t and many pulled the cord right after. Grandpa Badfinger did not so much defeat the competition as wander blissfully through the artillery barrage, somehow emerging unscathed and hungry for his morning mush.

Just wait for the debate, if he actually debates…

No one is excited about Joe Biden. No one. Look around you. I’m in Los Angeles and I drove two hours today and saw…zero Biden signs. Sure, people with Biden signs do exist, but the people with a Biden sign are the same people who pay for their kale at Whole Foods with a check.

Also, and this is somewhat important, he is obviously and manifestly senile. I mean, he’s whacked out, fried, and utterly demented. Sure, he managed to read through his teleprompter speech without his dentures falling out of his lie-hole, but everyone knows the guy is gone, daddy, gone. You can’t put crazy Uncle Chester up to be POTUS and have people say, “Well, we taped over the wall sockets so he wouldn’t stick his gruel spoon in one again, but I guess we can roll the dice giving him the nuclear codes.”

And he’s the wrong man at the wrong time. America hates the status quo, and it wants a change agent. Somehow, Trump has maneuvered himself into that role, while the only change Biden has anything to do with involves his Depends.

This dude is a stone loser.

2. There’s No Market for Socialist Dictatorship Outside Academia and Blue Cities

“So, let’s go with this. We will be nicer to criminals and let them out of jail, and hassle cops.”

“More crooks, fewer cops. I like the sound of that. How about guns in the hands of normal people who want to protect themselves?”

“Sure does! How about taxes?”

“Oh, we’ll raise those, except we’ll restore unlimited state and local tax deductions so rich people in California and New York can force truckers in Kentucky and farmers in Iowa to subsidize their blue states’ profligate spending!”

“Awesome. Hey, I bet people are tired of the government not controlling their health care. Can we fix that?”

“Sure can! We’ll socialize medicine so everyone can be equally miserable!”

“Well, not us liberal elites, of course!”

“Of course not. Are you joking? Just the peasants. Oh, and we’ll suck up to China hard.”

“Globalism has sure been great. Let’s have more!”

“And amnesty for millions and millions!”

“And we can tax normal working people to pay for their health care. Plus free college degrees for everyone from now on, paid for by people who already paid for their own!”

“Wait, did you just assume my gender?”

“Sorry. We’ll be making that a felony.”

3. Minorities Are Getting Woke to Democrat Duplicity

One thing that terrifies Democrats, besides work, the flag, and girls, is the danger that minority communities that have spent decades wasting their votes on lying Democrat hacks are going to wake up and see that they have an alternative. The Democrat Party relies on getting 90 percent of the black vote. But this year just feels different. It feels like people are finally asking the Democrats tough questions and getting no answer. If Trump can take just five percent more of the black vote from Biden, that devastates their entire strategy. And this year, the guy who brought sentencing reform and law and order, plus the best minority unemployment numbers ever, is running against the guy who never met a foot he didn’t stuff in his mouth when talking about race.

4. Trump Has Done a Good Job

If you get past the Russiagate onanism and the racism lies and the general stupidity of the left and the media, Trump’s done a fantastic job. The economy was booming, took a hit, and has commenced booming again. We haven’t got into any more stupid wars. Taxes and regulations have been cut. The courts are getting filled with judges who aren’t socialist clowns. It’s a great record, a record of promises made, and promises kept.

But hey, don’t worry. After 47 years, Joe Biden is totally going to finally fix stuff. And if you believe that, you are not going to support Biden’s pro-dope legalization agenda because you already got yours.

5. Do You Know Anyone Who Went from Trump to Biden?

Do you trust the polls? The same people reporting that the RNC has been a dark and divisive ceremony to honor Moloch are the ones pushing the polls on you. The polls are literally the only data point in Biden’s favor, and why would you start believing the garbage media now?

A lot of smart people who are actually smart see a win for Trump, and that’s encouraging. Moreover, there is evidence of enthusiasm, and the fact that people get persecuted for daring to support the Republican means behind every one public supporter is some unknown number of other supporters. No one who is for Biden hides it, though they should, if only to retain an aura of dignity.

But the evidence that is most powerful to me is purely anecdotal. Here it is. I know plenty of folks who went Hillary/Biden to Trump. I do not know a single person who has flipped Trump to Biden. I do not mean that I know a few or some, or “practically none.” I know none. Zero. Nil. Null. And, moreover, few of the people I talk to know any.

That’s not scientific – but then science can’t seem to decide whether masks work or not, so there you are – but it is real. You can feel the energy. And sometimes, feelings care about the facts.

So, when Trump cruises to a handy victory and all the people who are right now trying desperately to re-inflate the Bidenburg are crying out “Oh, the humanity!” as their dreams burst into flames, just smile. You knew how this would end. 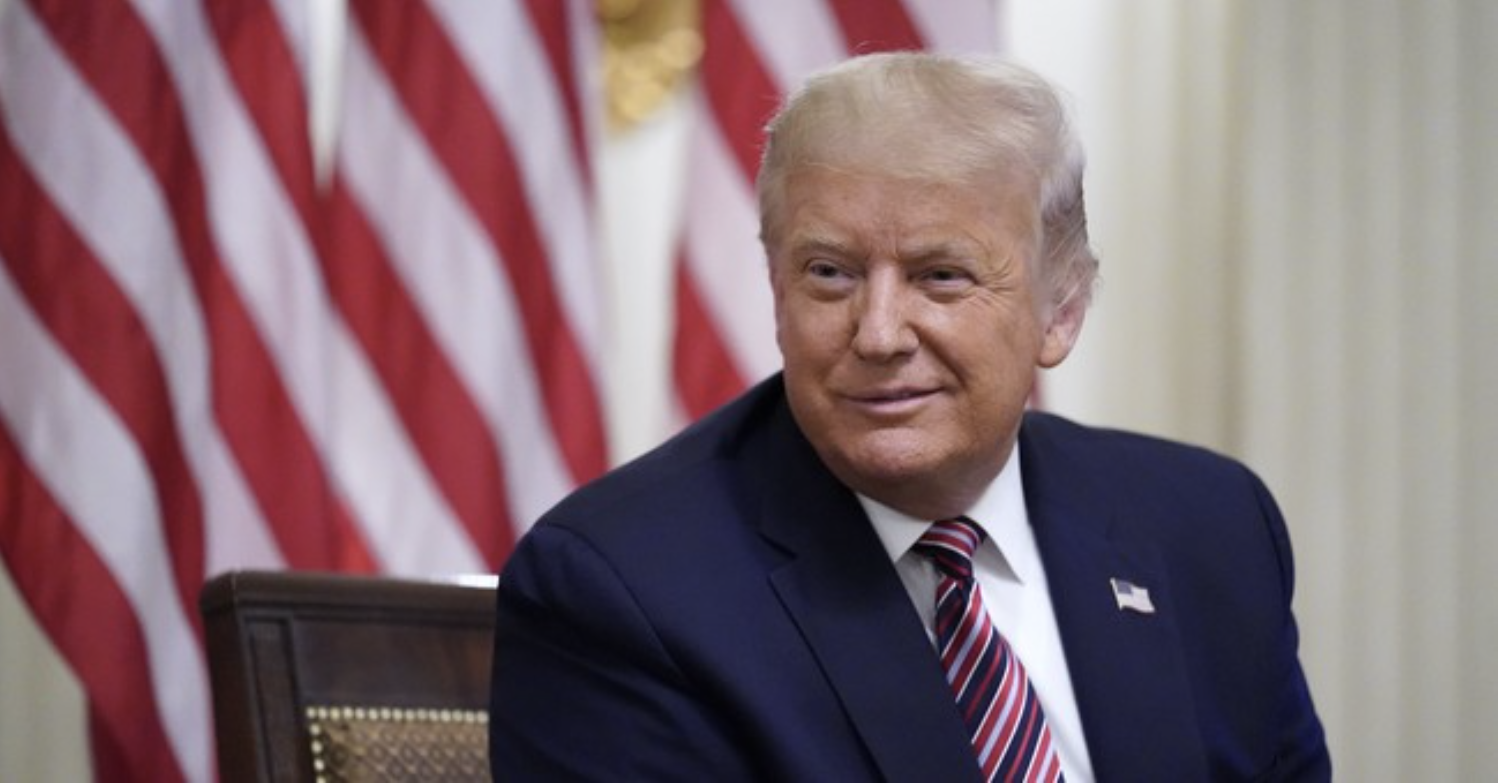 By Congressman Blaine Luetkemeyer, District 3, Missouri What if I told you that every time you write a check, swipe your credit card, or deposit...
Read more
American Culture

For Love or Money: NYC Carriage Horses vs NYCLASS

As most people know, Mayor Bill de Blasio will be leaving office in 2022 after two less-than-spectacular terms. Many people will be happy to...
Read more
National Security

BY SOPHIE O’HARA for Wayne Dupress  For 7 months now, people have wondered who the hell is running this dog & pony show known as...
Read more