Chris Farrell, a distinguished senior fellow at Gatestone Institute and director of investigations for government watchdog Judicial Watch, says it’s time for the FBI to be over.

“The FBI needs to go away,” he writes at Gatestone. “It should happen in an orderly and thoughtful process, over a period of months. Congress should authorize and create an investigative division in the U.S. Marshals Service and open applications for law enforcement officer seeking to be rigorously screened, vetted and then accessed into the new organization. Similar action was taken before in the very creation of the FBI. It is now time to clean house and restore the public’s trust in the ‘premier investigative agency’ of federal law enforcement.”

He explained the agency is continuing to trend “downward” and appears headed toward “terminal corruption.”

The problems, he outlined, include that the public has learned “the October 2020 Michigan governor kidnap plot was largely a creation of the FBI.”

Then a “senior FBI official” was reported as being on the take from media organizations.

And another assistant was found in a “romantic relationship with a subordinate.”

At the same time, he explained, the FBI released a “Stasi-like tweet” that expressed a desire to monitor “family members and peers” for extremism.

And, he explained, “Remember: what we learn about the FBI in the press are only the stories that are SO outrageous that the FBI cannot keep a lid on them and is forced to make disclosures via a toothless Inspector General report — but never anything that results in a criminal indictment.

“Imagine what the ordinary day-to-day misconduct in FBI offices across the country could be. And these scandals don’t just amount to ‘bad press’ – in several of these, federal courts scourge[d] the FBI for lawbreaking. Additionally, Inspector General report after report details FBI abuses such as whistleblowers being retaliated against and ignoring ‘high-risk’ employees who fail polygraph tests.”

He said the result is corrosive to public trust in law enforcement, and a real threat to the nation’s survival.

After all, he said, “The FBI ran a coup against President Trump. It failed. The following got away: Comey, McCabe, Strzok, Page, Clinesmith, Pientka, Brower, Baker, et al. Any real consequences for attempting to overthrow the government of the United States? No.”

He cites the work of Time reporter Eric Lichtblau, who described the bureau this way: It “is used to making headlines for nabbing crooks, [but] has been grabbing the spotlight for unwanted reasons: fired leaders, texts between lovers and, most of all, attacks [on] President Trump … internal and external reports have found lapses throughout the agency, and longtime observers, looking past the partisan haze, see a troubling picture: something really is wrong at the FBI… other painful, more public failures as well: missed opportunities to prevent mass shootings that go beyond the much-publicized overlooked warnings in the Parkland, Fla., school killings; an anguishing delay in the sexual-molestation probe into Olympic gymnastics doctor Larry Nassar; and evidence of misconduct by agents in the aftermath of standoffs with armed militias in Nevada and Oregon.”

Back to Michigan and its plot against Whitmer, Farrell wrote.

“The entire operation was an anti-Trump political smear job — and was called into question for being exactly that back when the story broke in October 2020. Now we find out that the FBI was running at least a dozen paid ‘confidential informants’ in the plot. It was a plot they dreamed up.”

He said there is “good reason” for the bureau to worry about accusations of entrapment.

“More disturbingly, this is nothing new. Look at the ‘Herald Square Bomber’ case as another instance in which the FBI identifies, recruits, trains, dispatches and then arrests the very informant they recruited in the first place,” he said. “The FBI appears to have fabricated plots and terrorists to advance their own agenda and statistics. It looks, walks, and talks like ‘entrapment.’ Are there really no other bad guys out there for the FBI to go after?”

And, he noted, now there are questions about the FBI’s “role” in the Capitol protests of Jan. 6.

“When one examines the FBI’s involvement in the Trump-Russia collusion hoax; Foreign Intelligence Surveillance Act (FISA) abuses; standing by idly while in possession of Hunter Biden’s Ukraine and Burisma-laden laptops, while President Trump endured a second phony impeachment; and the frame-up of Trump’s National Security Advisor, Lieutenant General Michael Flynn – it is not too difficult to imagine.”

Content created by the WND News Center is available for re-publication without charge to any eligible news publisher that can provide a large audience. For licensing opportunities of our original content, please contact licensing@wndnewscenter.org. 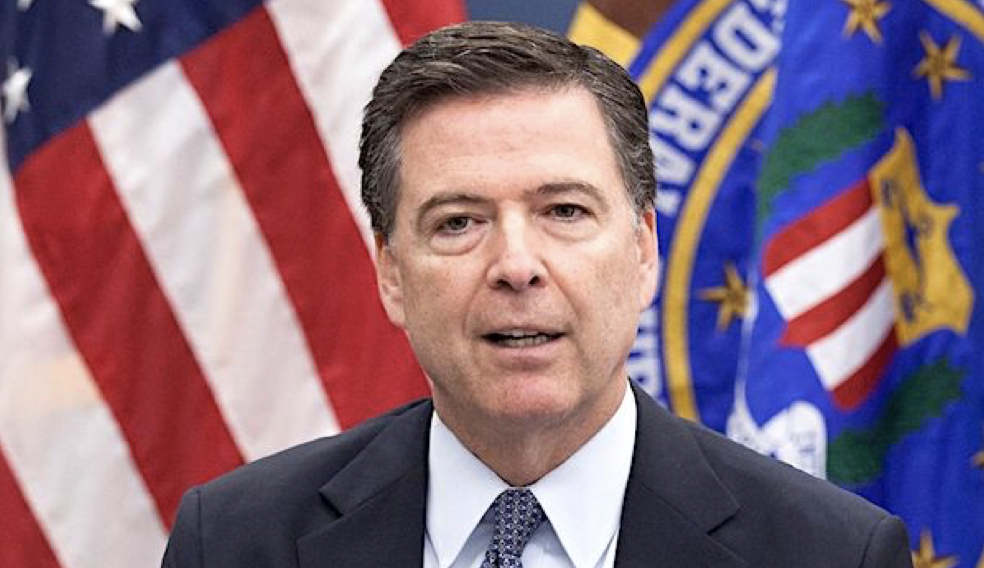