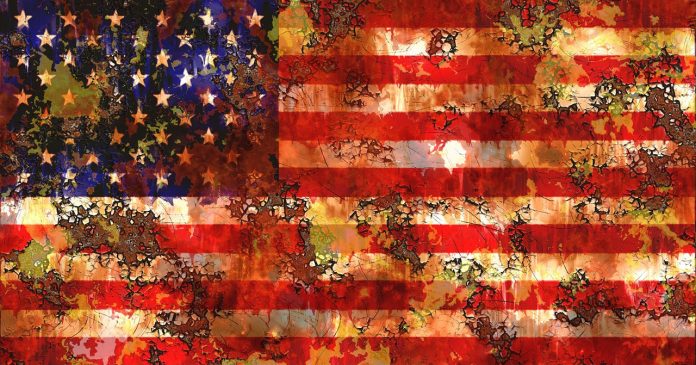 Tyranny is a vicious enemy.  Limitless with her tactics to subdue a people and conquer their land.  She is cunning and deceitful, never hiding her face just her intentions.  Disguised as a do-gooder, Tyranny preys on our emotions and uses our own system of governance against us.  She changes the rules, amends the contract, ignores the rule of law, spreads falsehoods, and sows discord among the people.

Tyranny has many names but do not be fooled, she is a viper set out to control and enslave all people; she cares not about your race, gender or even your political views.  She masquerades as democracy, socialism, communism, Marxism and takes on titles such as congressman or congresswoman, bureaucrat and journalist.  She infiltrates into clubs, schools, universities and non-profit organizations and associations, many of which are supposedly serving the “good of the whole community.”  The good they serve, however, is for self-supremacy and dominance.

Tyranny has many soldiers and is well funded.  There are many people who fall for the outward beauty of wealth and prestige and who will sell their own grandmother for power.

Tyranny is godless seeking only to be a god.

Tyranny produces nothing but destruction, pain and death.

Americans must awaken and hear this clarion call. Tyranny is not a distant enemy but is here.  She is a parasite, sucking the life from America; canceling our history and removing liberty from this land and from all the people.

Let it be known Tyranny did not come without an invitation.  The door was opened by the apathy and complacency of We the People.  We were to guard our Republic but we did not.  Do we now weep for liberty, which we have lost, or do we simply not understand the substance & sacrifice for which we once were made privileged?  Our Fathers before us spoke of liberty, fought for liberty and died for liberty, yet we worry we might be verbally ostracized or labeled a radical if we even speak the word liberty.

We are a people searching and wandering in a wilderness of our own making.  Our wilderness if filled with fear and confusion.  A nation once built on the Godly principles of Equality, Liberty and Biblical morals is now suffering in an abyss of godlessness and sin; where once there was light and hope there is now despair and darkness.  A Republic of the people by the people and for the people is now a socialist democracy; a mob ruling over We the People.

Tyranny doesn’t have to be king-inflicted.  Government officials gone rogue and drunk with power will do as much or more damage as the power of a single king.  Our own Thomas Jefferson warned us, “The tyranny of the legislature is really the danger most to be feared, and will continue to be so for many years to come.”

Tyranny is where we are; now what shall we do?

Thomas Paine wrote in his 4th article, The Crisis,  “THOSE who expect to reap the blessings of freedom, must, like men, undergo the fatigues of supporting it.”

Glean from our history America; the good, the bad and the ugly.  For it is from our past that the future can and will be built.  The wrongs we vow never to repeat and the good we accentuate.

When the legislature distorts our rights and excuses our liberty, freedom in America dies…at which time, It is our right! It is our Duty! To throw off such government!  (From the words of our original Declaration of Independence.)

When in the Course of human events, it becomes necessary for one people to dissolve the political bands which have connected them with another, and to assume among the powers of the earth, the separate and equal station to which the Laws of Nature and of Nature’s God entitle them, a decent respect to the opinions of mankind requires that they should declare the causes which impel them to the separation.

We hold these truths to be self-evident, that all men are created equal, that they are endowed by their Creator with certain unalienable Rights, that among these are Life, Liberty and the pursuit of Happiness.–That to secure these rights, Governments are instituted among Men, deriving their just powers from the consent of the governed, –That whenever any Form of Government becomes destructive of these ends, it is the Right of the People to alter or to abolish it, and to institute new Government, laying its foundation on such principles and organizing its powers in such form, as to them shall seem most likely to effect their Safety and Happiness.

Get in the trenches America!  Because of the wisdom and great sacrifice of our Founding Fathers, we have a Constitutional Foundation, which lays out all our rights and the important government restrictions.  There are certain inalienable rights those who are “in power” are never to abuse.   Do you know those rights?

Simple solutions can be the most difficult.

Read again the Bill of Rights

Don’t believe all you are told

God must be first in our lives; Our Family must be second; Our country’s health must come third but that doesn’t mean last.  The health of this nation depends on the first two priorities.

Live above reproach and practice Integrity in your life’s walk.

“Our Constitution was made only for a moral and religious people. It is wholly inadequate to the government of any other.”   ― John Adams

The Democrats are doing their best to remove God from our schools, our churches and our government!   They hate God!

Even if you are not a believer, respecting others and understanding boundaries in humanity is imperative to living free and in peace. The old saying “Do unto others as you would have them do unto you,” is a good standard for everyone to live by.

Thomas Paine signed each of his writings, Common Sense.  Apply commonsense to all your life.

Live as a free man or free woman!  Stop living in fear of government and start getting involved.  Stop choosing government help and assistance and work toward personal independence.

In our own apathy, our liberty was seized.  The opposite of apathy is enthusiasm.  “There is a certain enthusiasm in liberty, causing mankind to rise above itself in acts of bravery and heroism.”  Alexander Hamilton.

What acts of bravery or heroism are required now to restore Liberty to America?

The battle plan has already been laid out in our most valued documents.  Independence was WON… but a constant vigilance of the people, watching and always questioning the motives of our own legislators is imperative to conserving Liberty for the next generations!

“Freedom is never more than one generation away from extinction. We didn’t pass it to our children in the bloodstream. It must be fought for, protected, and handed on for them to do the same, or one day we will spend our sunset years telling our children and our children’s children what it was once like in the United States where men were free.”  Ronald Reagan

The war is here upon our land.  It has not been declared but it is here nonetheless.  Land has been seized, rights have been redefined to favor the tyrannous leaders, industries have been crushed, violent crimes have been allowed against Americans, their cities, businesses and homes, trade has been unfairly negotiated, livelihoods destroyed, all for a globalist agenda.  No longer are you to take pride in America, for that is deemed an unworthy cause.

It is said there was an insurrection on January 6, 2021.  I say to you, there were a few bad actors but there were no patriots armed and ready to kill or overtake our government.  The true insurrection of this country and of our government has been from within our own elected officials.  It didn’t just happen, it has been decades of patient planning and seizing of individual rights and private property.

Theirs was an insurrection, more invasive and evil than any mob could ever be… With cunning, patience and corrupt intent, the very ones who supposedly took an oath to the U.S. Constitution and We the People, have been legislating against it for over a century of time.

Their corruption was made evident when an outsider (Donald J Trump, the 45th President of the United States of America) escalated his way to D.C. by We the People.

I tell you now to refuse all conversations claiming “democracy” ~ The United States of America is a Constitutional Republic.  A Republic is a form of government in which the people are in charge.  Democracy always ends badly for the people of a nation – turning into an oligarchy and ruling over the people… not representative of the people.

Life – Liberty and the Pursuit of happiness are more than just words.

Liberty is always in the hands of the people but it must be a longing in their hearts to be a free and independent people.

Our Founding Fathers signed a document pledging, their lives – their fortunes and their sacred honors.

Does America have any today who will be so brave? 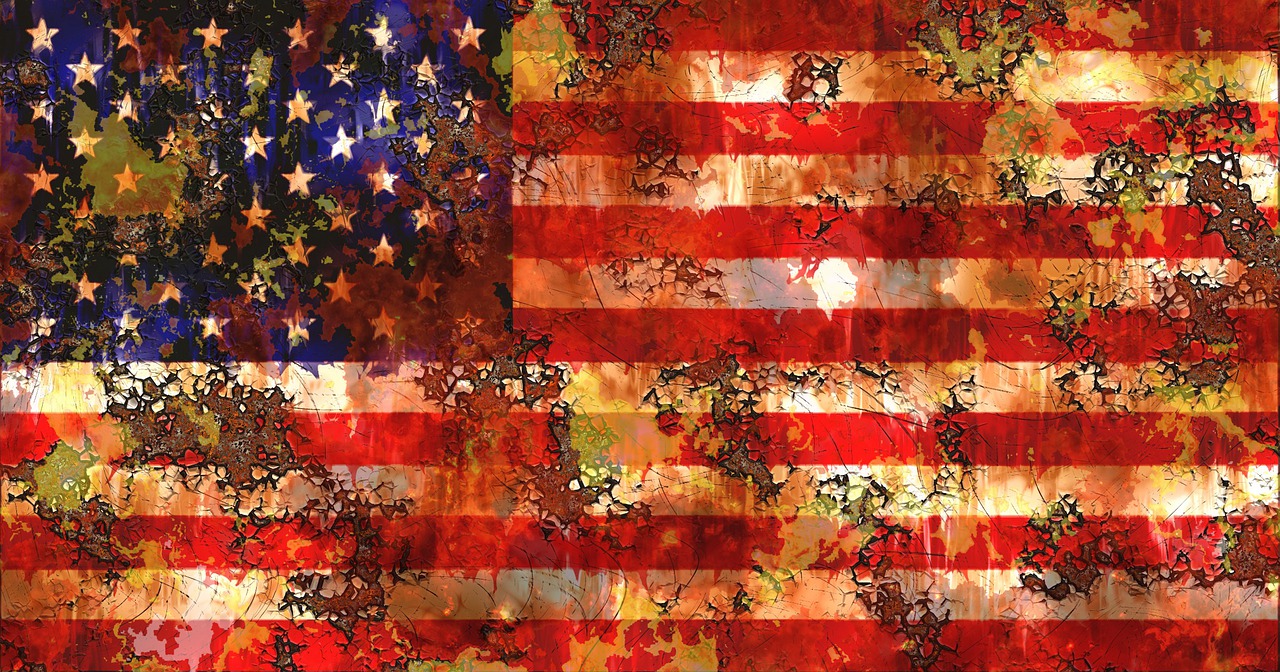