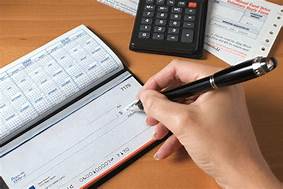 What if I told you that every time you write a check, swipe your credit card, or deposit money into your bank account you had to report it to government? If I said you are no longer allowed to buy your children clothes, order a meal, or loan a loved one money without notifying the IRS? If you’re like me, you’d say something like, “this is America. It’s none of the government’s business. We don’t do that in a free country.” Well, if the President’s $4.3 trillion reconciliation package becomes law, that is exactly what we would be forced to do in this country.

I could write hundreds of columns dedicated to concerning provisions in the reconciliation bill, but one of the many problematic provisions is a requirement for banks and credit unions to report to the IRS every transaction by a person who has, or has had, $600 in their bank account. That means if you have had at least $600 in your account at any time, your financial transactions will be monitored by the IRS. There are several practical issues with this proposal, like the IRS’s inability to carry out its current duties, but intent is clear: the Administration and Congressional Democrats want the government to monitor, and therefor control, how and when you spend your money.

I’m sure – or at least I hope – you are having a hard time believing this. It is ridiculous! But just yesterday at a Financial Services Committee hearing, my colleague William Timmons of South Carolina asked Treasury Secretary Janet Yellen if this could possibly be a serious proposal. She responded adamantly that is absolutely a serious proposal. It is a priority of the President’s and one they are working hard to get done.

Aside from the largest issue: the massive infringement on individual freedom and privacy, there are several other reasons this is a terrible idea. The first is the competency of the IRS. The IRS has always had problems with efficiency, but its shortcomings were never more evident than during the pandemic. The agency had a terrible time trying to juggle doling out stimulus checks while dealing with tax season, and many families are still waiting for checks and tax returns as a result. In fact, my office is still receiving calls from families waiting on their 2019 tax returns, and countless families have not received their stimulus checks. They have also had a bad history of data breaches. Now, the Biden Administration wants them to collect and monitor billions of transactions with a fine-tooth comb? They barely have the resources to do their current job – it is absurd to think they have the wherewithal to establish this new monitoring regime.

Another issue is the ability of financial institutions to report so many transactions. They do not have the technology to perform the tracking and reporting of thousands, and in some cases millions, of transactions each day. To build those capabilities would cost millions of dollars. The only way to cover those costs is through increasing prices. Free checking will be threatened, interest rates on loans will go up, and other services will just go away. So, for the privilege of the government monitoring your daily expenditures, you will be paying extra cost for banking services. That is especially hard on low-income families.

With Democrats in control of the federal government, I certainly don’t expect to like every proposal, and of course we’ll have differing opinions. But this isn’t about a difference of opinion or policy goals. It is an attempt to fundamentally change our country from one that was founded on the ideas of personal freedom and responsibility to a society wholly dependent on and controlled by the government. It is absolutely unacceptable, and I’ll do everything in my power to stop it.