So, How Do They Dump Biden? 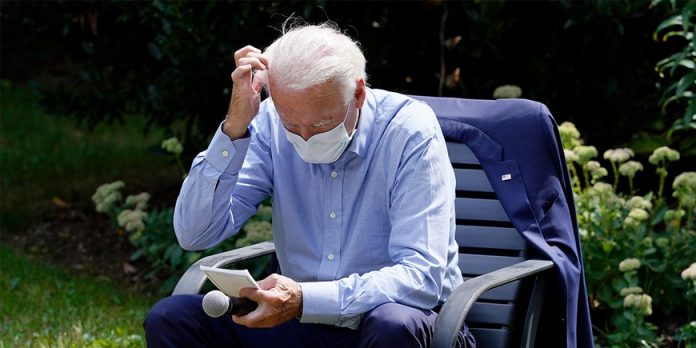 As the Democrat presidential campaign degenerates into “Weekend at Gropey’s,” a question arises: Assuming the Dems and their media minions somehow drag that rickety, basement-dwelling weirdo across the finish line, how do they get rid of him post-inauguration? Clearly, he would be a figurehead as Dr. Demento – sorry, Dr. Jill – and Kamala Harris joust for control before a backdrop of scheming pinko puppetmasters. But sooner or later, probably sooner, the Dem elite is going to try to put him out to pasture. How could they pull it off? And can they? Let’s see…

A few caveats: I think Donald Trump is going to win, so this is all hypothetical. The only bright spot for the Dems is the garbage polls his lying mainstream media allies keep pushing, and the liars are even having to concede that those are tightening, especially in states that matter. We’re days away from them pulling Grandpa Badfinger out of the debate. My money is still on the “I won’t normalize Trump’s racist cisgender sexism by appearing on stage with him” excuse, but “I fear the flu” is a close second. His recent catastrophic appearances outside his dungeon lair demonstrate that this guy couldn’t hack a debate if he was snorting rails of Namenda like Hunter hoovering blow on New Year’s Eve in Medellin. Trump holds an indisputable edge in other important areas, too, like enthusiasm, ground game, and continence.

I also want to put aside the very serious issue of the Democrat transition disruption plans, a plot so staggeringly unwise that only our garbage elite could conceive of it and think it would work out all right for them. Their dual track strategy of stealing the election through legal and extra-legal shenanigans, followed by cementing their own power via attacks on the Supreme Court, the Electoral College, giving statehood to territories, defunding cops, and disarming the populace even as they attempt to limit free speech are a recipe for disaster. So, let’s put aside the second civil war these fools seem intent on provoking – our esteemed elite does not seem to remember that Democrats are already 0-1 – and assume the peaceful transition of power they would deny Trump (and you).

There is one huge problem with getting rid of him: his wife. She wants to be president so bad she can taste it, and she’s more excited to be president – uh, I mean first lady – than Brian Stelter, who is a potato, is at the thought of visiting Golden Corral. She’s going to do everything she can to be a limo lib Edger Bergen to her husband’s less-animated Charlie McCarthy. Moreover, the Joe Junta of advisors wants its payoff. With Depends Boy as figurehead, they not only get jobs but they get a whole lot of lightly supervised power. So, there will be a potent Dem faction supporting the Presidency of the Living Dead.

But others in the Dem elite want Oldfinger out of the way. Of course, Kamala Harris is the grasping, striving avatar of this faction. She’s already talking about “a Harris Administration.” If I were Dr. Jill, which would be weird, I’d send some intern out to start Air Force One in the morning and hire a taster to clear Joe’s mornin’ mush. Now, am I saying that Kamala Harris would physically harm Joe Biden? Let’s just say that I’d rather gulp down Ruth Gordon’s smoothies in Rosemary’s Baby than roll those dice.

Regardless, she (and the Democrat establishment using the crusty crustacean as a Trojan Horse to retake power) will want be rid of him. The 25th Amendment is the most obvious play. And, frankly, it would be legit, since he is manifestly incompetent, not that stuff like facts and truth matter in modern politics.

The 25th Amendment, one of the rare parts of the Constitution that Democrats like, has been their fantasy Hail Mary play since Trump beat Felonia Milhous von Pantsuit. It is worth reviewing the entire process for replacing the president as outlined in Section 4, since, if America is dumb enough to elect the Dementiacrat in seven weeks, we’ll all be getting really familiar with it:

So, here is how it goes. President Biden gets inaugurated showing up for the ceremony in his untied bathrobe and confusing the oath with the Armour hot dogs jingle. Very quickly, Dr. Jill and the Biden Bunch start running things in his name while he spends his day upstairs in the Lincoln Bedroom, sitting on a stool, watchin’ his stories. The media gets busy covering for him because no contrary memo has circulated.

They ice out Kamala, who tries to assert control. Instead of wielding power, she’s sent off to do veep stuff, like appear at the bar mitzvah for the nephew of the High Poobah of Burkino Faso. This annoys her, and her allies – remember, due to her notorious flexibility, she is the candidate Obama and the establishment really wanted.

The trigger for the coup will be when Biden’s handlers are unable to push through the entire lefty agenda through Congress in the first 100 days. Banning guns, packing the Supreme Court, single-payer, Green New Scam. Assuming the worst case, that Schumer takes the Senate majority, they have to kill the filibuster and outmaneuver Cocaine Mitch to do all that. They need an active, potent president, and the one they are stuck with is busy slurping oatmeal.

The rush to the left bogs down because Biden can’t lead. The Democrat base starts getting restless, and it accurately assesses that the problem is that they nominated and elected a senile old weirdo. Dr. Jill gets a visit from a delegation of Dem bigwigs who tell her it’s time for him to resign. She refuses. She probably does not even let them see Joe, who is busy with a puzzle.

A decision is made: Kamala needs to take over.

The cabinet is full of folks like Pete Buttigieg, and with the aggressive action one would expect of the Audie Murphy of Kabul, he leads the other cabinet members (all of whom imagine they could be the next veep) to declare in writing that Joe is unable to discharge the powers and duties of his office. Kamala takes over as acting president.

But the fight has only just started. Dr. Jill and the Biden Battalion send their own letter to the President pro tem and the Speaker of the House denying any disability. Within four days, Kamala and the cabinet send their response saying the opposite. Now Congress has to decide the issue. It assembles within 48 hours and has to vote within 21 days on whether Biden gets booted.

That’s when the snapping Murder Turtle bites hard. See, to remove Joe and permanently install Kamala, you need “two-thirds vote of both Houses that the President is unable to discharge the powers and duties of his office.” McConnell now holds all the cards. There’s no two-thirds without his GOP bloc. He goes to Dr. Jill and says, “You chill on the leftism, and we let President Magoo – and you – run out the clock until 2024.”

Of course, she agrees. She’s got no choice. It’s either run a center-left presidency without the insane leftist nonsense Diddles ran on, or pack her stuff and get the hell out. That’s an easy call. President Biden gets to stumble through the next four years while Kamala gets to spend her terms doing potlucks with el Presidente de Paraguay. 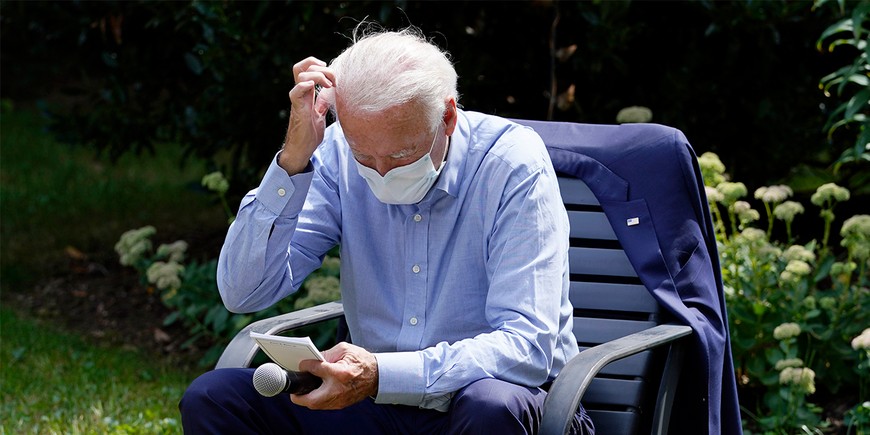