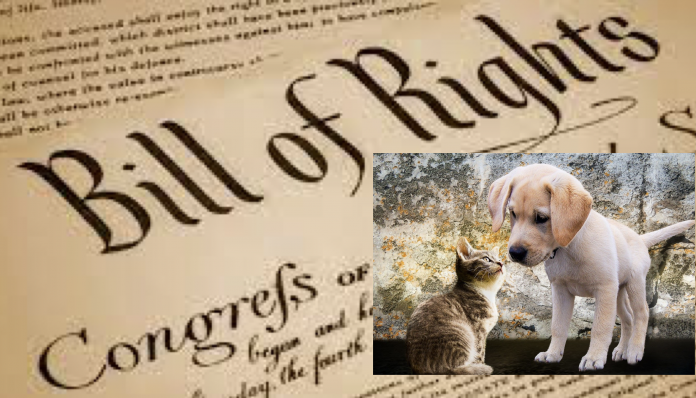 Earlier this year, California lawmaker, Miguel Santiago (D-Los Angeles) introduced a bill to give cats and dogs in the state the same legal rights and protections that American people have – a formal “bill of rights for animals.”

The bill – Assembly Bill 1881, informally known as the “Dog and Cat Bill of Rights,” would institute California pets with multiple rights including freedom from neglect and abuse, the right to health care, nutritious food and appropriate exercise, among other “rights.”

It would have required every public rescue group and animal association in the state to post the bill of rights in a conspicuous place or face a fine of $250.

Existing California law already makes it a crime for any owner to subject a pet to abuse or neglect; or to fail to provide an animal with proper care and attention.

The Dog and Cat Bill of Rights goes farther. It calls pets “sentient beings that experience complex feelings that are common among living animals while being unique to each individual animal.”

The text of the legislation also stated that pets have a “right” to be spayed and neutered to “reduce the state’s dog and cat overpopulation.”

The legislation is being promoted by the group Social Compassion in Legislation. The organization may sound familiar. The founder and president is Judie Mancuso, a far left animal rights and climate change activist. She is on the ballot for the California State Assembly (72ndDistrict) in November.

Some of the legislation that Social Compassion in Legislation has supported in the past, or is currently campaigning for, includes: prohibiting the use of traditional circus animals such as elephants and lions; banning the retail sale of cats, dogs, and rabbits; an attempt to ban animal dissection in education; an attempt to mandate spaying and neutering for all pets in California; and multiple attempts to promote legislation that would move farmers away from animal agriculture and into plant-based crops.

As for the Dog and Cat Bill of Rights, there are so many problems with the entire concept, where do we start? The original bill was touted as a basic list of “non-binding” reminders about the responsibilities that come when someone obtains a cat or dog. None of the so-called “rights” in the bill are new ideas or laws but the bill would have required them to be posted at shelters and rescues in the state.

Yet, as introduced, AB 1881 went much farther than being just a non-binding list. By stating that dogs and cats had “rights,” it opened the door for a radical shift in the legal status of animals in the state, and potentially, across the country.

At this time in California, as in the rest of the United States, pets are considered to be property. We can love pets and it’s our responsibility to care for them with the greatest kindness. However, it is essential that we protect this legal status so there is no question about who has the responsibility for an animal’s care and well-being. The legal status of dogs and cats as property also remains in line with the current penal code regarding penalties for theft of a pet in California.

The current legal status of pets as property is supported nationally by the American Veterinary Medical Association, the Animal Health Institute, and the American Kennel Club, as well as other leaders in animal health and welfare.

All pet owners have a responsibility to care for their animals and ensure their health and safety. However, stating that dogs and cats have “rights” does nothing to promote responsible ownership or improve the health and wellness of pets. On the other hand, it could open the door for undermining their current legal status. The current legal status of animals provides that pet owners have both rights and responsibilities when it comes to providing proper care for their animals.

If the sponsor(s) wish to provide guidelines to new pet owners, they should do just that. Provide a list of guidelines and responsibilities – not “rights” granted to pets. The bill should also be clear that the guidelines will not be enforced as law.

Suggesting in a bill that all dogs and cats should be spayed or neutered ignores many good reasons why a person might reasonably choose to keep an intact animal such as participation in certain events (AKC dog shows, for example), responsible breeding, and consideration for the health of the animal. There is a vast amount of research that confirms valid health reasons for keeping dogs intact or delaying sterilization for several years, for example. Spaying or neutering your pet is a decision that should be made by an owner, in consultation with their veterinarian. It should never be a decision forced by a government mandate. For what it’s worth, it’s questionable whether your dog or cat would demand the “right” to be spayed or neutered.

The idea of “rights” for animals confuses the actions of humans (taking a dog to the vet, having a cat neutered) with actions of animals (animals making these decisions and taking these actions themselves).

California, along with local governments throughout the state, has numerous laws covering the ownership and care of animals. If the sponsor(s) want to pass a law, let them focus on education and enforcement rather than a complete change in the way animals are cared for and protected in the state.

Changes to the bill

Following two months of criticism of the bill from the California Veterinary Medical Association, the Animal Health Institute, animal control officers, AKC clubs, and countless individuals across California, the author of the bill agreed to remove the word “rights” from the text. He also made other substantive changes. The words “guardian,” “companion animal,” and other terms were also removed.

The purpose of the bill is now supposedly “solely to inform potential owners of the standards for basic physical care and emotional well-being of dogs and cats.”

At this time, the bill, with amendments, is scheduled to be heard on August 1, 2022, in the Senate Appropriations Committee. The bill could be amended further so it’s important to continue to watch it closely. 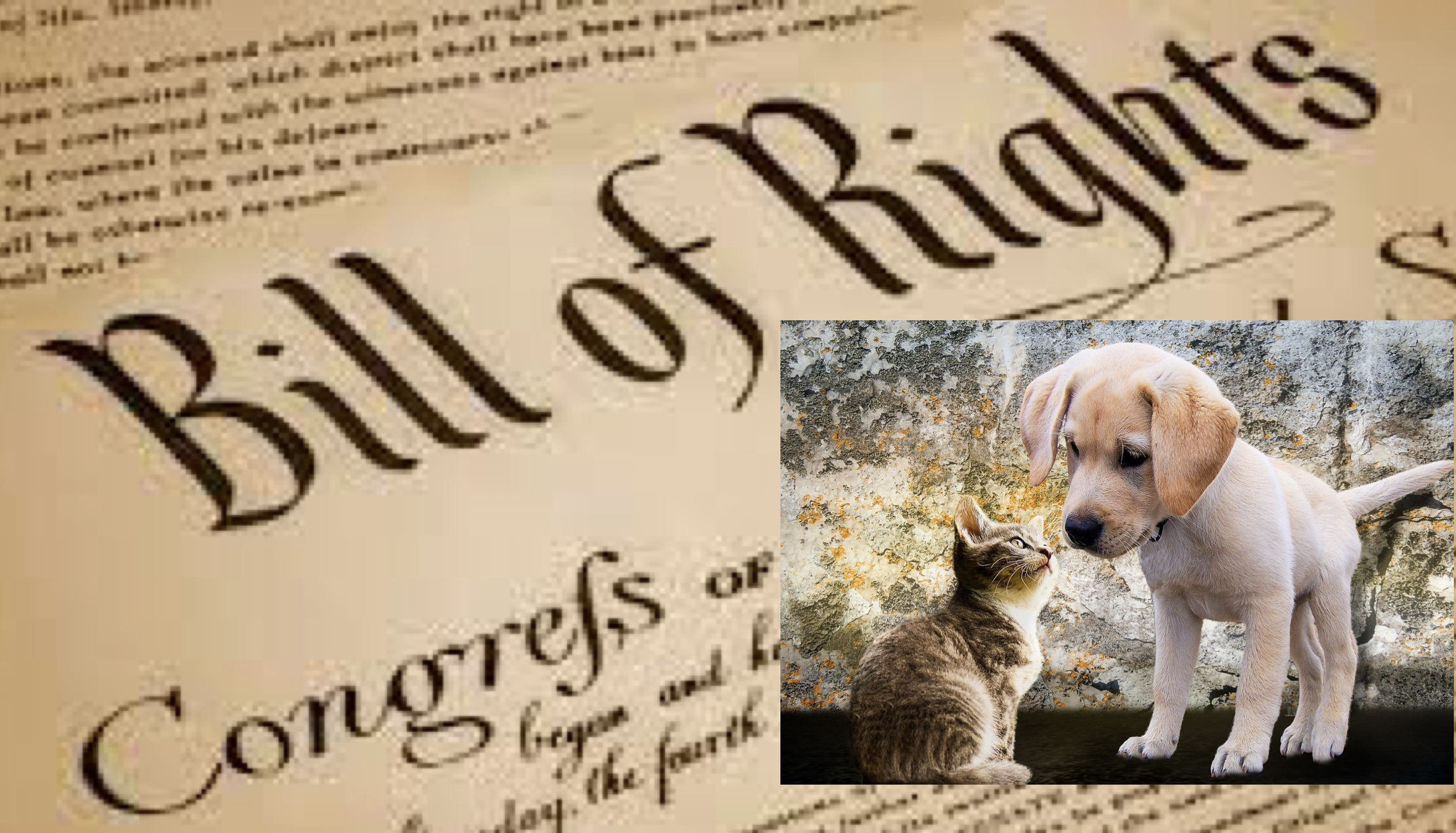