Cities across the nation mark another weekend of violence.

Around the same time the ammunition and destructive devices were being uncovered, Portland police responded to reports of gunfire at the same park. Two people were taken into custody near SW 4th Avenue and SW Salmon Street and have since been released. A person arrived at a hospital by private vehicle with an apparent gunshot wound but the injury was not life-threatening, the Portland Police Bureau said in a statement.

A photo of the items found in the bag was shared in a tweet from the police bureau saying someone pointed out the bag to officers at the park late Sunday. No further information was immediately released. 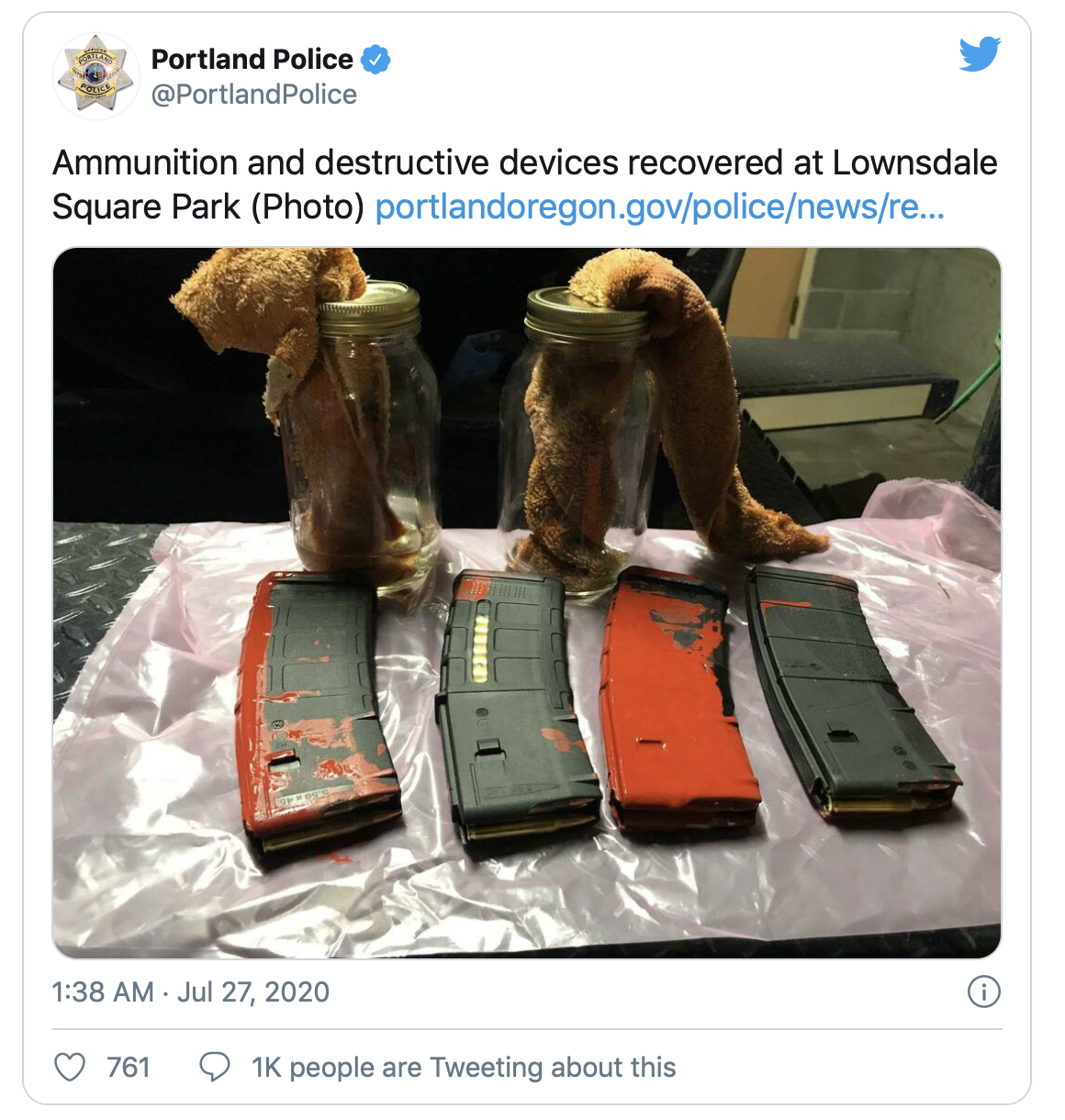 Police said the discovery of the ammunition and the shooting around the same time did not appear to be related, though the investigation is ongoing. The gunfire erupted about a block from where protesters have been clashing with police and U.S. agents, KATUreported.  It wasn’t clear if either incident was connected to the demonstrations. 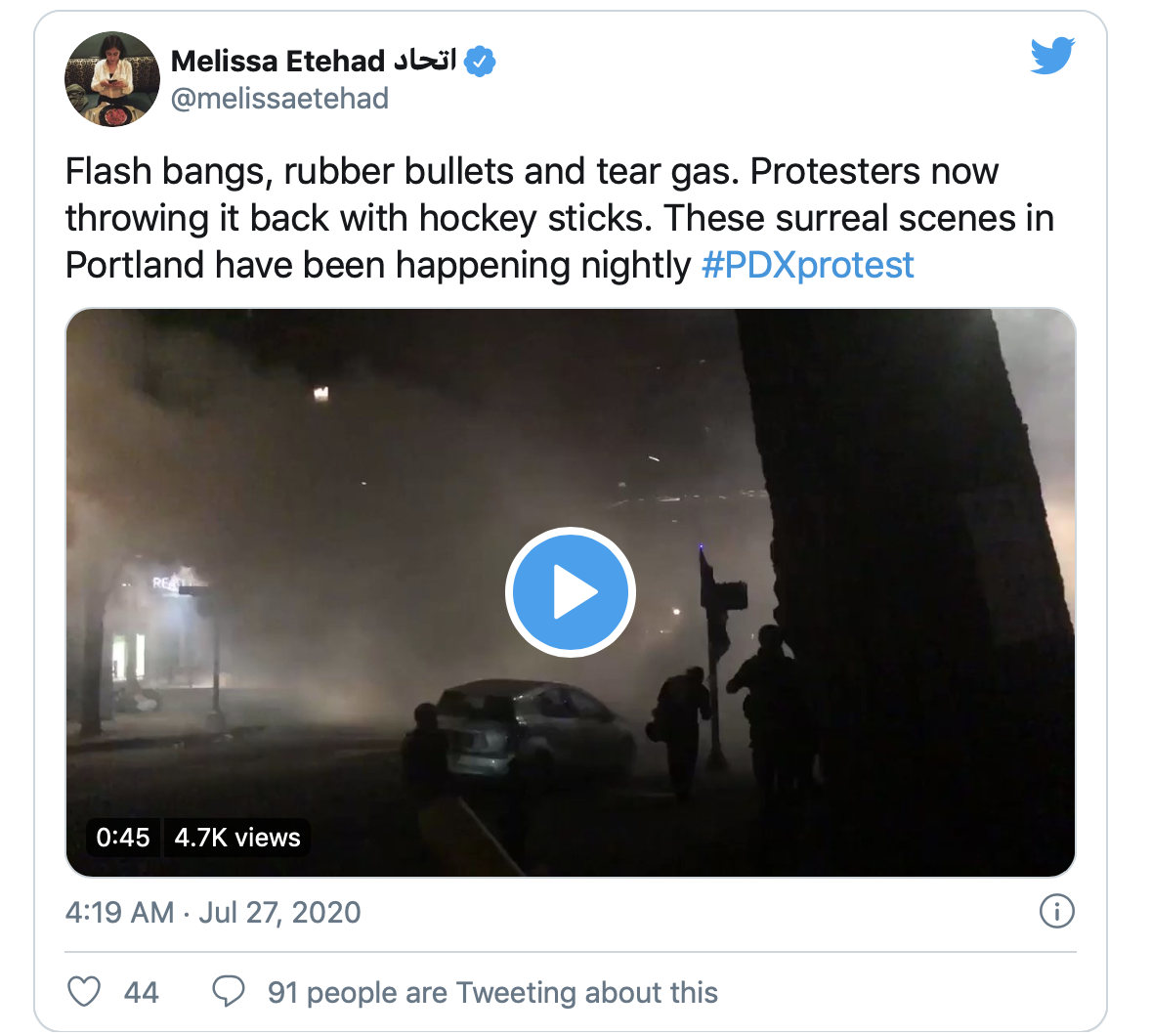 The crowd began launching mortar-style fireworks over the fence before midnight, climbed over the fence and entered the portico. Around the same time, another group of demonstrators lit a large fire in Lownsdale Square Park. Police said people in the crowd continually picked at the fence and some gathered with shields and umbrellas to cover a person trying to cut through it.

Just before 1 a.m. Monday, someone started a fire just inside the fence along SW 3rd Avenue. Dozens of people approached the outside of the fence with shields and began throwing objects over it. U.S. agents deployed gas and flashbangs and warned protesters to stay off federal property. The Portland Police Bureau said it did not participate in dispersing the crowds by the federal courthouse.

Portland has seen protests for weeks after the death of George Floyd in police custody and demonstrators have set fires, vandalized buildings, and smashed windows.

Chad Wolf, the Department of  Homeland Security secretary, painted a disturbing picture in the city on “Sunday Morning Futures” and said protesters have been armed with bats, power tools and have targeted “their violence on federal courthouses and federal law enforcement officers.”

The shooting on Sunday night would mark the second reported shooting near the protest. Authorities said one person suffered “numerous gunshot wounds” early Sunday morning, which occurred at the same time that police were forced to respond to another riot at the location. That victim’s injuries were not life-threatening.

There has been growing criticism in the city directed toward Mayor Ted Wheeler, a Democrat, who has clashed publically with President Trump over the deployment of federal troops in the city.

Last week, he addressed a crowd of protesters and was booed and heckled. While he spoke, protesters displayed a list of demands on the justice center that included defunding the police by at least 50 percent and free all protesters from jail. 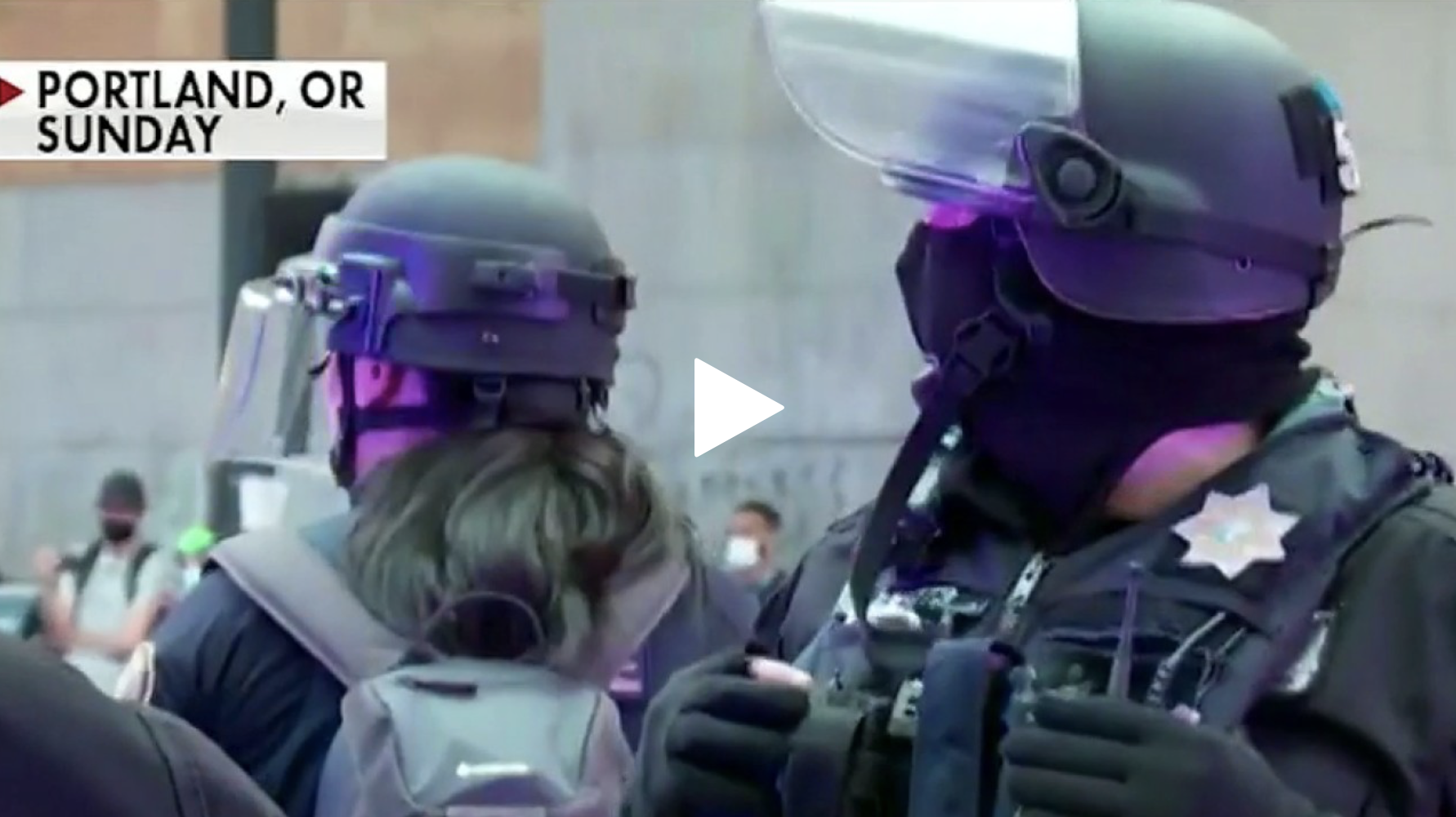 By Derek Hunter, Townhall There’s something annoying about rich kids who despise their parents who happily denounce everything their parents did to provide them an...
Read more
Constitution

‘No’: Graham Shuts Down Democrats’ Attempts to Delay ACB Vote

By Matt Vespa   We all know Chief Justice John Roberts has been an all-around pain in the a** for us ever since he stabbed us...
Read more