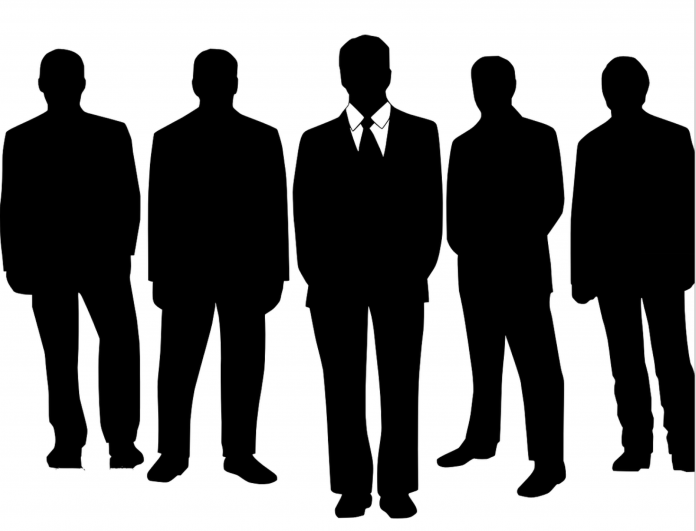 Welcome to Part 3 of our deep dive into animal rights (AR).  We continue studying the in-congruency of the AR ideology with commonly held societal values, conservative values and Christian values.  Part 4 will be back in the secular, political realm looking at animal rights and conservative ideals.

In Part 2, we looked at what scripture teaches us about the moral value of humans versus animals.  The one area of Biblical teaching that seems to create the loudest wailing and gnashing of teeth from the AR camp is the subject of Dominion.  They have written books about it and made documentaries about it.  The obvious reason they hate it is because they don’t view humans as being in any way superior to animals.  The AR ideologues love to twist the notion of dominion into something negative and cruel.  They love to make like dominion equates only to a cruel and abusive master/slave type of relationship; that just because I say I own my animals and have God ordained dominion over them, that must mean I take them behind the barn and beat them regularly, or the animals serve no other purpose but to be used, abused and maligned.   But just like many other aspects of our relationship to animals, the AR’s seek to drive only their evil, negative narrative, willfully ignoring the possibility that there could be any other interpretation that is benevolent or kind.

The duty and responsibility of man’s dominion over all the earth and its creation is the clearest indication that God does not view animals and men as equals.  It is this hard-to-misinterpret, unequivocally articulated mandate by God that draws the ire of the AR’s since they can’t plausibly argue the point.  So instead of arguing it, they attempt to redefine the words to mean negative and evil actions (dominion equals abusive slave master).

God specifically gives man dominion over animals.  The word dominion means “rule or power over.” God has sovereign power over His creation and in Genesis 1:26, he has delegated the authority to mankind to have dominion over the animals on earth and the fish in the sea. (1)  Dominion does not include harming animals for cruel or senseless reasons, though that is what animal rights ideology would like to claim.  Since they do not subscribe to the idea that animals should be utilized by man, no matter what the benefit, they equate “use” (any use) with “abuse:”  the terms are synonymous in their minds.

But to believe their interpretation denies that God endowed man with responsible stewardship over the earth and all creation and, more importantly, it rebels against the notion that God is the holy Creator, who has sole authority to determine the natural order of things on His earth.  Wishing to separate animals from man, and simultaneously raising them in stature to be equal to humans is to simultaneously pervert God’s plan and rebel against God’s order.

Scripture is further clear that Jesus died for the sins of man. (2)  Since it is established that animals are incapable of sin, Jesus’s death was obviously not to atone for the lives of animals.

Humans and animals do have a few things in common.  One being that both were created by God. (3) The second is that Scripture does say that God will provide care for all of His creation, right down to the sparrows and other animals. (4)  But to take these similarities and extrapolate total equality from them is clearly stretching beyond the bounds of Scripture.  To believe total equality denies God’s role as divine Creator, who alone, has the right to determine His natural order.  It is not something that is subject to human wisdom or choice.

Animal rightists view ownership as a curse on animals, but where we are called on to emulate God, ownership of animals by humans is a blessing just as we are blessed to be ruled by God.  God cares and provides for both man and animals because they belong to Him. Emulating God is what we are called to do, so if we imitate Him in how we own animals, then we own, care for and delight in them the way God rules, cares for and delights in us.  Viewed through the correct, biblical lens, animal ownership is a gift to both humans and animals, not a curse.

Finally, animal rightist argue that it was man’s sin and disobedience that brought about animal use, and that God’s original plan did not include either eating animals or using them for clothing.  While Scripture does indicate that the first animal killed was used to clothe the naked Adam and Eve, (Genesis 3:21), and the first animal killed for food did not occur until Genesis 9 when there is a change in man’s relationship to animals, it does not negate that God has commanded us, in a fallen world, to have dominion over and use of the earth’s resources (albeit responsibly) for our benefit.  And it was Adam and Eve’s disobedience and failure to take dominion over the serpent that was the root of their fall from grace.  Furthermore, even though it might not have been God’s original intent, the fact remains that we are in a fallen world and God’s design and natural order within that fallen state is His and His alone to dictate, not man’s.  Again, to insist that man dictate our relationship with animals is to deny God’s wisdom and authority in how He planned and designed His fallen world.

The true believers of the animal rights movement know that the teachings of Christianity are incongruent with the notion that animals and humans are equal.  If they did not, Mr. Singer would not have stated what he did, (see Part 2 for his quote) and the animal rights groups would not be putting such a concerted effort into gaining support within the evangelical Christian institutions.

The gains they seem to have made are concerning.  Just like the serpent in the garden, modern day Christians have allowed themselves to be beguiled by the animal rights slick messaging.  And beyond that, they are also falling for the shaming and guilting that these groups use to bludgeon leaders, politicians and everyday citizens into submission.  HSUS, ASPCA, PETA, ALDF and other groups have been extremely successful in corrupting and twisting our relationship with animals.  Their purely emotional drivel and constant lies about every facet of animal ownership and use, has turned the Scriptural teachings of how we are to relate to animals on its head.  They have convinced the masses that if you don’t consider Fluffy your “family” or “fur baby” then you are an abusive monster.

The modern day relationship, especially with companion animals, is unhealthy and not in alignment with God’s teachings in either the Old or New Testaments.  Many animal cruelty laws are now more strict and punitive than laws against child abuse.  This is the devilish details that never get talked about.  The details that are rapidly stripping us of our Constitutional rights to our due process, equal protection, property, and our life, liberty and right to pursue of happiness.  Our right to choose to live our lives with animals, whether that be in a professional capacity or simply a personal companion capacity is very quickly disappearing.

The modern day churches and Christians would be wise to heed Paul’s warnings about how Satan presents himself.  They are allowing themselves to be blinded by animal rights words and sentiments that feel good and sound good, but behind them, disguised as humaneness, love and compassion, are a complete denial of God and His authority.

“Beware of false prophets, who come to you in sheep’s clothing , but inwardly are ravenous wolves.  By their fruits you will know them.  Matthew 7:15, 16.

“For such people are false prophets, deceitful workers, who masquerade as apostles of Christ.  And no wonder, for even Satan masquerades as an angel of light.  So it is not strange that his ministers also masquerade as ministers of righteousness.  Their end will correspond to their deeds.”  2 Corinthians 11:13-15.

2)  Isaiah 53:5,8 – Jesus bore our punishment. He was stricken “for the transgressions of my people.”

Romans 5:12,18,19 – Through the sin of one man (Adam), sin and condemnation came on all men. So through the righteous act of one Man (Jesus), the free gift of justification came to all men.

1 Timothy 2:4-6 – God wants all men to be saved. Jesus is our ransom, who came as a man, so He could serve as mediator between God and man (not between God and animals).  Titus 2:11,12 – The grace of God that brings salvation has appeared to all men.  Hebrews 2:14-17 – In order to release us from the power of sin and Satan, Jesus had to be made like us in all things – He had to come to earth in our form. He was made like us, so that he could make the ultimate payment for the sins of the people – v17.