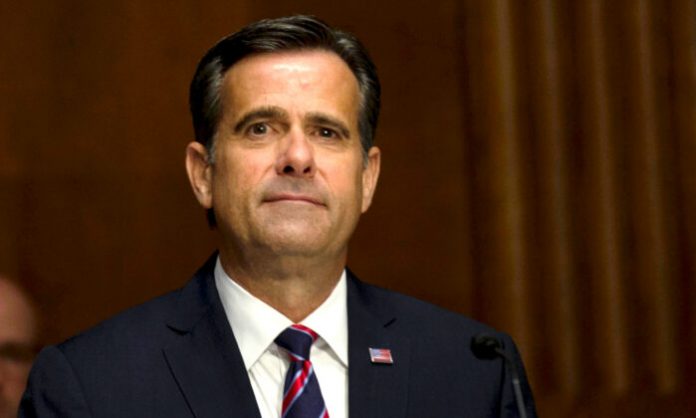 By Tom Ozimek, The Epoch Times

Director of National Intelligence John Ratcliffe told Fox News on Oct. 19 that there’s no evidence tying the case of the Hunter Biden laptop to Russian disinformation.

Ratcliffe told the outlet that the laptop “is not part of some Russian disinformation campaign,” following claims from House Intelligence Committee Chairman Adam Schiff (D-Calif.) suggesting the contrary.

Schiff on Oct. 16 told CNN’s “The Situation Room” that revelations in a New York Post story around messages contained on a laptop that allegedly belonged to Democratic presidential nominee Joe Biden’s son were part of a smear campaign that came from the Kremlin.

“We know that this whole smear on Joe Biden comes from the Kremlin,” he said when asked by CNN’s Wolf Blitzer if the Hunter Biden stories are “Russian disinformation.”

“That’s been clear for a well over a year now that they’ve been pushing this false narrative about the vice president and his son,” Schiff said.

The NY Post story alleges that the emails on the laptop suggest Joe Biden had knowledge of, and was allegedly involved in, his son’s foreign business dealings. The Epoch Times hasn’t been able to independently verify the NY Post report.

Ratcliffe denied the existence of intelligence linking the laptop story to Russian disinformation.

“It’s funny that some of the people that complain the most about intelligence being politicized are the ones politicizing intelligence,” Ratcliffe said. “Unfortunately, in this case, it is Adam Schiff [who] said the intelligence community believes that Hunter Biden’s laptop and the emails on it are part of some Russian disinformation campaign.

Ratcliffe said the FBI has the laptop in its jurisdiction but, as is standard practice, wouldn’t confirm or deny the presence of any related investigation. He added that the intelligence community hasn’t been involved in investigating the claims surrounding the laptop.

Pozharskyi is an adviser to the board of Burisma, a Ukrainian energy company at the heart of Biden–Ukraine controversies.

“Dear Hunter, thank you for inviting me to D.C. and giving an opportunity to meet your father and spent some time together. It’s realty an honor and pleasure,” Pozharskyi allegedly wrote in an email to Hunter Biden on April 17, 2015. U.S. Vice President Joe Biden

Giuliani told The Epoch Times that his team took three weeks to authenticate the alleged Hunter Biden materials found on the hard drive.

However, despite being convinced about the authenticity of the contents of the drive, Giuliani wouldn’t rule out the possibility that “the shop owner was lying” or that the laptop may have been brought in by and belong to someone other than Hunter Biden.

The Democrats, along with some media, claim the Hunter Biden stories published by the NY Post are “Russian disinformation” and a “false narrative.”

Several articles about Hunter Biden’s engagement with foreign businesses came out recently, with the election less than 20 days away.

The NY Post published a separate report on Oct. 15 with further emails allegedly showing that Biden sought to pocket millions from deals involving a Chinese oil giant with ties to the Chinese military. An unidentified recipient in one of those emails later confirmed that message’s authenticity to Fox News.

Breitbart reported on Oct. 16 that separate emails show that Hunter Biden facilitated a meeting between a group of communist-aligned Chinese business elites and Joe Biden in 2011.

The Epoch Times couldn’t independently verify the Breitbart and Fox News reports. Meanwhile, the Trump campaign denounced a recent decision by the Presidential Debate Commission to omit a topic on foreign policy as attention has focused on Biden’s foreign dealings.

Trump campaign strategist Jason Miller wrote in a Oct. 19 tweet: “Good morning to everyone except Presidential Debate Commission members who changed focus of final debate away from foreign policy so Joe Biden wouldn’t have to answer to being compromised by the Chinese Communist Party, supporting endless wars, and sending pallets of cash to Iran.” 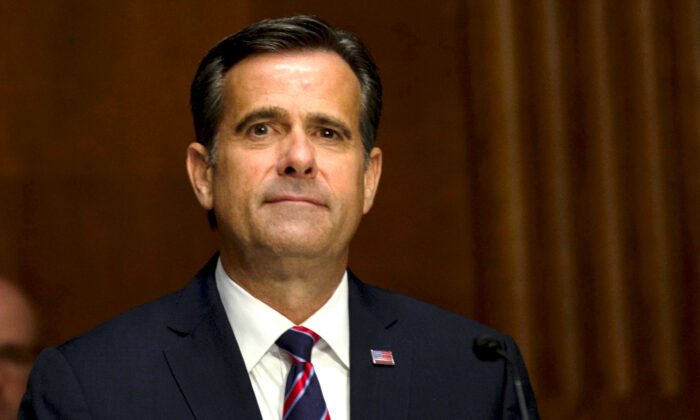