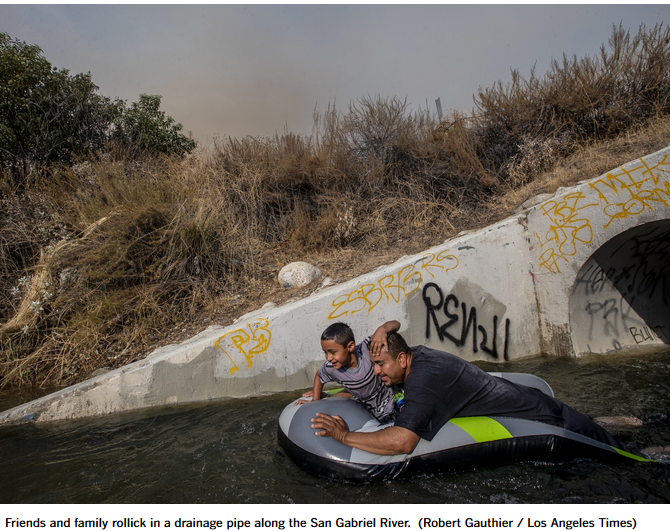 New rolling blackouts in parts of California were ordered Saturday night as power shortages continued because of an extreme heat wave.

Pacific Gas & Electric Co. said Saturday night it was beginning to rotate power outages affecting up to 250,000 customers in Northern and Central California. San Diego Gas & Electric said it also interrupted power to some customers but had restored all service by 7 p.m.

The Los Angeles Department of Water and Power said that 3,800 customers were without power late Saturday in the San Fernando Valley and that it could be four to 12 hours before electricity was restored. The affected areas included West Hills, Arleta, Granada Hills and Studio City.

Southern California Edison issued a warning to customers that rotating power outages might be called in its Los Angeles County service area through midnight. It said outages could last up to one hour.

Earlier in the day, state regulators said they had expected to avoid further power interruptions through the weekend after some blackouts Friday.

The broiling conditions that began Friday may rival the deadly seven-day heat event of July 2006, the National Weather Service said.

The valleys, mountains and deserts of Southern California are likely to see both daytime and nighttime temperatures challenge records through at least Thursday, and elevated humidity will make conditions feel 2 to 5 degrees warmer during the day.

“People really need to take it seriously,” said Kathy Hoxsie, a meteorologist with the weather service in Oxnard. “Drink a lot of water. Find shade.”

Virtually no stretch of the Southland will be spared from conditions that Hoxsie said would be “hot, hot and hot.”

“We’re expecting the heat to continue through the weekend and into next week, probably peaking on Monday, Tuesday,” she said. “We have an excessive heat warning out for the Antelope Valley through Tuesday and the interior valleys through Monday.”

Air quality officials issued an advisory Friday warning that the heat wave was pushing lung-damaging ozone pollution to “very unhealthy” levels and that much of Southern California would experience elevated smog through Monday.

On Friday afternoon, ozone pollution in some areas reached its highest level in a decade as a result of high temperatures and wildfires, according to the South Coast Air Quality Management District.

The air district said that ozone, the invisible gas in smog that triggers asthma and other health problems, could reach “unhealthy” or “very unhealthy” levels in the afternoon hours from Saturday through Monday. The advisory covers areas including the Santa Clarita, San Fernando and San Gabriel valleys, the San Gabriel and San Bernardino mountains, the Inland Empire and the Coachella Valley.

On Saturday, public health officials said that smoke from the Lake fire burning in the forest above Lake Hughes and the Ranch 2 fire burning above Azusa had also caused unhealthful air quality in many areas and warned people to avoid unnecessary outdoor exposure.

Because of excessive heat driving up electricity use, California declared a statewide Stage 3 emergency Friday evening for the first time since 2001 and ordered utilities to implement power disruption programs.

The California Independent System Operator, which manages the state’s power grid, had issued a statewide flex alert earlier Friday, asking residents to conserve electricity between 3 p.m. and 10 p.m. That alert asked consumers to set air conditioner thermostats to 78 degrees or higher, turn off unnecessary lights and not use major appliances.

Even during the pandemic, with many businesses shut down, overall electricity demand has followed the usual pattern: climbing during the workweek and trailing off over the weekend, said Anne Gonzales, spokeswoman for the California Independent System Operator.

On Friday evening, California ISO ordered utilities to shed about 1,000 megawatts, leading to rolling blackouts across the state. A single megawatt powers about 750 homes, Gonzales said.

The Los Angeles Department of Water and Power said its customers were not affected because the department generated and imported its own electricity and was able to meet the city’s demand.

In fact, the utility, which has never had to implement rolling blackouts due to excess demand, was able to sell 225 megawatts to California ISO between 5 p.m. and 9 p.m., spokesman Joe Ramallo said.

Still, he said, the heat put strain on local power distribution networks, leading to isolated outages unrelated to the statewide rolling blackouts as some equipment became overloaded and failed. About 1,000 of the DWP’s 1.5 million customers were without power as of Saturday morning, most of them in the San Fernando Valley. On Friday night, localized outages were reported in Sunland and Wilmington, Ramallo said.

The problem can be particularly acute during prolonged heat waves like these, when nighttime temperatures don’t drop enough for the electrical equipment to cool down, he said.

“It’s like running your car at 100 mph nonstop and not giving it a break,” Ramallo said. “You’re eventually going to have some problems that pop up, and in this case there will be failed equipment and transformers.”

Roughly 132,000 of Southern California Edison’s 5 million customers lost power Friday night for about an hour, spokesman Robert Villegas said Saturday. All had their power restored by 8 p.m., he said.

“Typically what happens is [the blackouts] will be done in small blocks that include portions of communities, so we don’t shut down a county or something like that,” he said. He said the utility was also careful to avoid cutting off power to critical facilities like hospitals and public safety buildings.

The goal of the controlled rotating shutoffs is to avoid longer and more widespread outages due to equipment failures that can result when high demand puts a strain on the system, he said. The utility has also deployed emergency management crews throughout its service territory to quickly respond to and repair those types of outages for the duration of the heat wave.

“We totally understand it’s a hardship when you’re without power, especially in this time when options are limited,” Villegas said. “With students being at home now, starting school online, and people working from home, of course their livelihoods and their education are things that we’re looking at. So we’re trying to minimize as best we can interruption to people in their homes.”

The utility and others throughout the state are also urging customers to do their part by doing things like setting the thermostat no lower than 78 degrees and unplugging unused appliances.

“I always tell people that everything your mother told you when you were little, it was in fact true,” Villegas said. “Don’t leave the refrigerator door open while you’re thinking about what to get from inside. Don’t leave the back door open because it does let the heat in. Turn off lights when you’re not using them. … The simple things are really where it’s at here.”

Pasadena Water and Power shut off power to about 1,500 of its 65,000 electrical customers for 30 minutes on Friday, said spokeswoman Margie Otto.

The utility received a directive from California ISO to shed load about 7:30 p.m., followed by another notification half an hour later that it was no longer necessary, she said. Although Pasadena has its own power plant, it is still tied to the regional electric grid overseen by California ISO.

“With our local resources, usually we’re able to meet our community’s power needs,” Otto said. “This is about feeding back into the state grid.”

She said that officials are working hard to balance the power load statewide as they continue to navigate multiple crises.

“I think there’s a variety of factors we all need to be concerned about,” Otto said. “There’s the potential for wildfires, the high heat, energy use and all of the power generation sources.”

The Times reported at the time that coroners in Los Angeles, San Bernardino and Kern counties connected about 130 deaths to the heat, with diagnoses including hyperthermia and heatstroke. But state researchers later estimated that the toll in those counties was more likely in the range of 350 to 450.

Some Southern California counties had opened cooling centers Saturday, but the COVID-19 pandemic was causing them to rethink how they operate the centers, which often attract elderly residents and people with underlying health conditions that make them particularly susceptible to heat as well as illness.

A notice on Kern County’s website laying out new precautions says people seeking refuge will be screened for fevers and other COVID-19 symptoms before entering a cooling center, and those displaying signs of the disease will not be allowed inside.

Once inside, people will be asked to stay six feet apart and will be “encouraged” to wear a face covering, the website says.

Facebook
Twitter
Pinterest
WhatsApp
Previous articleKendra Horn, Awash in Big Cash From Wall Street Execs, Gets Six-Figure Boost From End Citizens United
Next articlePaterson, Nevada and New York: Harbingers of the Disaster that All Mail In Voting Would Bring

By Bronson Stocking, Townhall According to Politico, not the Babylon Bee, California Democratic Governor Gavin Newsom is calling for a ban on new gasoline-fueled vehicles...
Read more
Energy

By Chuck DeVore, The Federalist Journalist H. L. Mencken described the unintended consequences of governance like this: “Democracy is the theory that the common people...
Read more
Energy

Pinkerton: California Could Put Out the Fires and Create Real Jobs… or Continue Listening to AOC