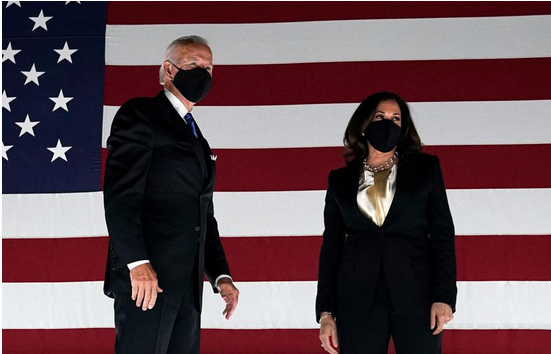 By Patrick Gleason for Forbes

In addition to calling for approximately $4 trillion in higher federal taxes over the next decade, Democratic presidential nominee Joe Biden and his running mate, Senator Kamala Harris (D-Calif.), have also endorsed Proposition 15, a state level tax hike on the November ballot that would raise the property tax burden for California employers by as much as $12 billion every year. Prop. 15 imposes a multi-billion dollar tax hike on California businesses by partially repealing the property tax limit put in place by Proposition 13, the historic property tax cap approved in 1978.

Proposition 13, approved by California voters 42 years ago, caps annual increase in the taxable value of personal and commercial property at 2% or the rate of inflation, whichever is smaller. Proposition 15, if approved by voters this November, would repeal Prop. 13 protections for businesses with more than $3 million in combined property value, which is not a high bar to clear in California given the relatively high cost of real estate.

Endorsements from the former Vice President and the current vice presidential nominee, a pair who might be the two most powerful people on Earth come January, are nice to have. But supporters of Prop. 15 are arguably more fortunate to have California Attorney General Xavier Becerra (D) on their side, as he is responsible for approving the ballot measure language that voters will see. Not surprisingly, Attorney General Becerra has drafted Prop. 15 such that California voters can be forgiven for being unaware that the measure imposes at multi-billion dollar annual tax hike on employers. The ballot title for Prop. 15 will read as follows:

This is not the first time Attorney General Becerra has worded a ballot measure so as to push voters toward a preferred outcome. Becerra used his authority over ballot language to put his thumb on the scale in the last election with a 2018 ballot measure that sought to repeal a gas tax hike that was enacted by then-Governor Jerry Brown (D) the year prior.

Though that measure, Proposition 6, was a straightforward proposal to repeal that 2017 gas tax hike, it wasn’t described to California voters as such. The ballot title approved by Attorney General Becerra for Prop. 6, the gas tax hike repeal, read as follows:

A Survey USA poll commissioned by the San Diego Union-Tribune that was released one day before the 2018 election found 52% in support of Proposition 6. But voters ended up rejecting Proposition 6 by a 55% to 45% margin. What explains the difference between the polls and actual election results? Many believe a key factor in that discrepancy is that the Survey USA poll accurately described Prop. 6 as repeal of a gas tax hike, whereas the official ballot language that voters saw obscured that fact.

California voters were the outlier that year, rejecting repeal of a gas tax hike in the same election that voters in three other states voted down proposed gas tax hikes. Many believe that occurred because rather than advertise Proposition 6 as repeal of a gas tax hike, Attorney General Becerra pitched it to voters as a measure that “eliminates recently enacted road repair and transportation funding by repealing revenues.”

It wasn’t only Prop. 6 supporters who were upset by Becerra’s misleading language. The San Jose Mercury News editorial board, who supported Governor Brown’s gas tax hike and opposed the Prop. 6 campaign to repeal it, acknowledged that “Becerra’s obfuscation is a pathetic attempt to hide the truth.”

“Becerra insisted that the title on the signature petitions make no mention of repealing ‘taxes and fees,’” the Mercury News reported in 2018. “Instead, he directed that it say it would ‘repeal revenues’ for road repair and transportation funding.”

Sacramento County Superior Court Judge Timothy Frawley deemed Becerra’s title and summary for Prop. 6 to be “confusing, misleading, and likely to create prejudice against the proposed measure,” adding that Becerra’s language “obscures the chief purpose of the initiative: repeal of the recently enacted taxes and fees.”

Becerra is not the first state attorney general to use their authority over ballot measure language to sway voters. When Kamala Harris was California Attorney General, the San Francisco Chronicle editorial board wrote about how she “all but doomed a 2012 pension-reform plan by writing a highly misleading summary that sounded like talking points from the union opponents.” Former San Jose Mayor Chuck Reed (D) and former San Diego City Councilman Carl DeMaio (R), the sponsors of that 2012 pension reform measure, “ended up retreating from the measure after they were unable to persuade a court to toss out the attorney general’s summary.”

State and local unfunded pension liabilities in California are estimated to exceed one trillion dollars. Most California legislators lack the political will or courage to institute the reforms needed to reduce these unfunded liabilities. These are key reasons why this problem continues to grow unchecked in California, but Kamala Harris also did her part through distortion of an honest attempt at pension reform.

Misleading Ballot Language, Something Californians Must Deal With, Almost Gets A Tax Hike Thrown Off The Arizona Ballot

Whereas Californians have had to repeatedly contend with deceptively worded ballot measures, Arizonans were nearly spared a potential income tax hike thanks to a July court ruling where a judge found that Proposition 208, a ballot measure seeking to impose a billion dollar annual income tax hike, should be removed from the November ballot because it is misleadingly worded. Maricopa County Superior Court Judge Christopher Coury recently issued the ruling throwing out Prop. 208, dubbed the “Invest In Education Act,” because it described a 77% income tax hike as a “3.5% tax surcharge.”

Conflating percentage and percentage point rate increases is a regular tactic employed by proponents of tax hikes. Take a hypothetical proposal to raise a state’s sales tax from 5% to 6%. One could accurately describe that as a 20% increase in the sales tax rate. Or, to give it a better chance of passage, one could describe the proposal as a 1% percentage point hike. If you really want to grease the skids for passage of such a tax hike, you call it a “one penny tax hike,” in reference to it raising the sales tax by one penny per dollar spent.

“Invest in Education circulated an opaque ‘Trojan horse’ of a 100-word description, concealing principal provisions of the initiative,” Judge Coury explained in his 20-page ruling. Coury found the use of the word “surcharge” in the description to be problematic.

“Although the use of the term ‘3.5% surcharge on taxable income’ may be perfectly understood by some Arizona voters to be permanently adding 3.5 percentage points to the taxation rate – an increase 77.7% in the tax rate on taxable income above the threshhold – others reasonable Arizona voters may understand a ‘surcharge’ to mean a temporary tax, or to mean a modest 3.5% increase of the existing tax rate,” Coury wrote in his opinion. “The use of the term ‘surcharge’,” Coury added, “creates a substantial likelihood of confusion for a reasonable Arizona voter.”

Those who would like to impose this income tax hike in Arizona celebrated this week when the Arizona Supreme Court, in response to an appeal of Judge Coury’s decision last month, ruled that the Prop. 208 ballot language is not sufficiently misleading as to require that it be removed from the ballot. This Arizona Supreme Court ruling, issued on August 19, puts the near 78% income tax rate hike back on the November ballot in this battleground state.

Judge Coury was applauded for trying to relieve Arizona voters of a misleadingly worded ballot measure. Meanwhile deceptive ballot language is the name of the game next door in California, where Attorney General Becerra has made an art form out of wording ballot measures so that they do a terrible job of explaining what a measure actually does, while pushing voters toward the desired progressive outcome. Even those who hold the same policy positions as Attorney General Becerra have understandably taken issue with California progressives’ reoccurring reliance on deceptive ballot language to achieve their desired outcome.

If California voters end up rejecting the nearly $12 billion annual tax hike that is Prop. 15 this November, they will be going against the grain of the most high-profile Democratic endorsements possible in Harris & Biden, and despite ballot language geared toward a favorable response.