Bill Gates: From Bioethics To Eugenics 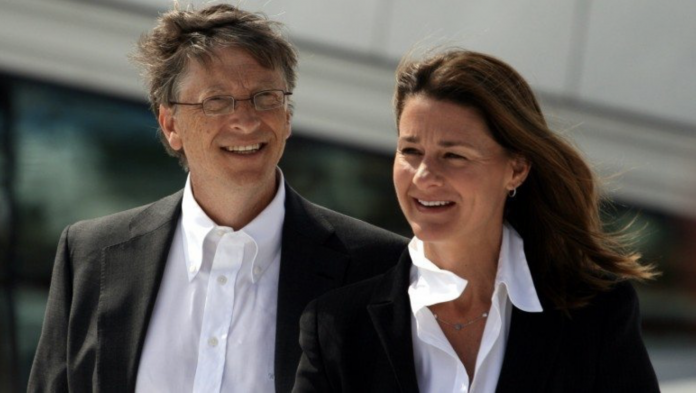 POSTED BY: JAMES CORBETT VIA THE CORBETT REPORT

One of the iconic moments from my Who Is Bill Gates? documentary is the clip of Gates at the 2010 Aspen Ideas Festival discussing a proposal to increase funding for public education by diverting money from end-of-life care for the elderly and terminally ill.

Lamenting the skyrocketing tuition rates for college students, Gates tells the Aspen Institute’s Walter Isaacson that, “That’s a trade-off society’s making because of very, very high medical costs and a lack of willingness to say, you know, ‘Is spending a million dollars on that last three months of life for that patient—would it be better not to lay off those 10 teachers and to make that trade off in medical cost?’

Then, squirming around in his seat and looking over at the audience, Gates acknowledges that there may be some objection to this line of thinking: “But that’s called the ‘death panel’ and you’re not supposed to have that discussion.”

A decade ago, when Gates made those remarks, it would be difficult to imagine an idea that was more out of touch with general public sentiment than the idea of “death panels” to free up money to hire more teachers. It was shocking enough to the general public that even the socially inept Gates realized that talking about it was verboten.

But what many sitting in the festival audience that day may not have realized is that the idea of trading health care for the elderly for public education funds is not Gates’ own novel proposal. In fact, this “death panel” discussion has been around for a long time and that discussion was spearheaded by a relatively obscure—but incredibly influential—branch of philosophy known as bioethics.

Bioethics, for those not in the know, concerns itself with the ethical questions raised by advancing knowledge and technological sophistication in biology, medicine, and the life sciences. This often leads to serious academic debates about subjects that seem like bizarre, improbable, science fiction-like scenarios involving the ethics of using memory-enhancing drugs or erasing memories altogether.

While the musings of bioethicists on the case for killing granny and after-birth abortions and other morally outrageous ideas may still seem a little “out there” to much of the public, conversations about these previously unspeakable topics are going to become much more commonplace as we enter the COVID-1984 biosecurity paradigm.

In fact, they already are.

Case in point: In my recent conversation with Canadian journalist Rosemary Frei, she drew attention to a paper published in the New England Journal of Medicine in March of this year. The paper, “Fair Allocation of Scarce Medical Resources in the Time of Covid-19,” was written by a team of prominent bioethicists and discusses “the need to ration medical equipment and interventions” during a pandemic emergency.

Their recommendations include removing treatment from patients who are elderly and/or less likely to survive, as these people divert scarce medical resources from younger patients or those with a more promising prognosis. Although the authors refrain from using the term, the necessity of setting up a death panel to determine who should or should not receive treatment is implicit in the proposal itself.

In normal times, this would have been just another scholarly discussion of a theoretical situation. But these are not normal times. Instead, the paper quickly went from abstract proposal to concrete reality. As Frei noted in her own article on how the high death rates at care homes in Ontario were created on purpose, the Canadian Medial Association (CMA) simply adopted the recommendations laid out in that New England Journal of Medicine article, abandoning its usual practice of deliberating on major changes to policy over a months-long consultation process because “[t]he current situation, unfortunately, did not allow for such a process.”

Lest there be any question about whether these policies are currently being put into practice, one needs simply observe the conversation that is taking place in Texas right now regarding how to deal with the supposed “surge” in COVID hospitalizations. As The Guardian puts it: “Texas hospital forced to set up ‘death panel’ as Covid-19 cases surge.”

It doesn’t matter that the hospitals are not actually full in Houston. It doesn’t matter that the concern over the flood of hospitalizations in Texas is based on statistical trickery and outright lies. In fact, that’s kind of the point. By scaring the public with horror stories about hospitals on the verge of collapse, the combined weight of the government, the media, and the medical establishment have managed to do in just a few months what Gates and his cronies have been unable to do in the past decade: Introduce the verboten “death panel” discussion to the general public.

In fact, when you start documenting the history of bioethics, you discover that this is exactly what this field of study is meant to do: To frame the debate about hot button issues so that eugenicist ideals and values can be mainstreamed in society and enacted in law. From abortion to euthanasia, there isn’t a debate in the medical field that wasn’t preceded by some bioethicist or bioethics institute preparing the public for a massive change in mores, morays, values and laws.

The research into the history of bioethics leads one to the doorstep of the Hastings Center, a nonprofit research center that, according to its website, “was important in establishing the field of bioethics.” The founding director of the Hastings Center, Theodosius Dobzhansky, was a chairmanof the American Eugenics Society from 1964 to 1973, while Hastings cofounder Daniel Callahan—who has admitted to relying on Rockefeller Population Council and UN Population Fund money in the early days of the center’s work—served as a director of the American Eugenics Society (rebranded as The Society for the Study of Social Biology) from 1987 to 1992.

As previous Corbett Report guest Anton Chaitkin has extensively documented, there is a line of historical continuity connecting the promotion of eugenics in America by the Rockefeller family in the early 20th century to the creation of the Hastings Center in the late 20th century. As Chaitkin points out, Callahan and his center was fostered by the Rockefeller-founded Population Council as a front for pushing the eugenics agenda—including abortion, euthanasia and the creation of death panels—under the guise of “bioethics.”

As a result, many of the most prominent bioethicists working today come from the Hastings Center stable.

Take Peter Singer. If there is any bioethicist working today whose name is known to the general public, it’s Hastings Center fellow Peter Singer, famed for his animal liberation advocacy. Less well known to the public are his arguments not only in favor of abortion but infanticide, including the belief that there is no relevant difference between abortion and the killing of “severely disabled infants.”

Or take Ezekiel Emanuel. Another Hastings Center fellow, Emanuel is also a senior fellow at the shady Center for American Progress and a bioethicist who has argued that the Hippocratic Oath is obsolete and that people should choose to die at age 75 to spare society the burden of looking after them in old age. He is also the lead author of that New England Journal of Medicine article advocating for rationing COVID-19 care that was adopted by the CMA.

What few would realize is that Emanuel’s death panel proposal did not emerge in response to the current COVID-19 “crisis” at all, but has been a key part of his advocacy for decades. In his 2008 book, Healthcare, Guaranteed, Emanuel argued for the creation of a National Health Board to approve all healthcare payments and procedures in the United States, one whose life-and-death decisions would be final, with no possibility for objection from patients, healthcare providers, government officials or the taxpayers who funded the system.

But not even a pie-in-the-sky, ivory tower bioethicist like Emanuel could believe that such a drastic change in American health care could take place absent some catalyzing event. Taking a page from his brother Rahm, Ezekiel admitted in 2011 that “we will get health-care reform only when there is a war, a depression or some other major civil unrest.” He may as well have added “plandemic” to that list of excuses for “health-care reform.” With the birth of the Corona World Order, it looks like Emanuel and his bioethicist brethren are about to finally realize their death panel dream.

At the very least, Bill Gates can relax now: We can finally have the discussion on death panels.

I thought you might appreciate the message below.  The most favorite President of my lifetime - Ronald Reagan (I have been around since Eisenhower)...
Read more
Technocracy

A huge, kilometer-wide asteroid will pass by Earth today

By Katie Hunt, CNN An asteroid estimated to be around a kilometer (3,451 feet) wide will fly by Earth on Tuesday. It will pass within 1.2...
Read more
Health