Home Politics Election 2020 Biden Vows to Raise Annual Number of Refugees Admitted to US From...
PoliticsElection 2020

Biden Vows to Raise Annual Number of Refugees Admitted to US From Trump’s Limit of 15K to 125K; and More 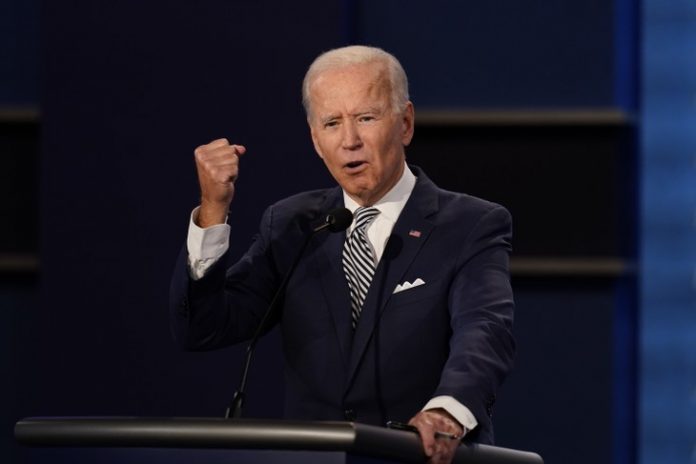 In yet another glaring example of the stark differences a Biden presidency would impose on America, Biden said in a recent video that he will raise the number of refugees permitted to enter the United States from the limit of 15,000 imposed by President Trump in the current fiscal year, to 125,000 — annually — in his first year in office, as reported by Breitbart.

Joe Biden told the Jesuit Refugee Service this week that he plans to drastically increase the annual number of refugees taken in by the United States by over 800 percent of current figures. https://t.co/jpS20pIkr0

“The Biden-Harris administration will restore America’s historic role in protecting the vulnerable and defending the rights of refugees everywhere and raising our annual refugee admission target to 125,000,” Biden said in the video, as reported by Religious News Service, noting that he has made the pledge in the past.

It’s not the first time Biden has made that pledge. He previously floated the number in a statement he made during the summer on World Refugee Day. But it is the first time he has confirmed that number as president-elect. And, notably, he made the announcement Thursday (Nov. 12) to a Catholic group that works with refugees.

Biden said in the video that aired Thursday during a virtual event celebrating the 40th anniversary of Jesuit Refugee Service, as reported by RNS, that his administration “will restore America’s historic role.”

“The United States has long stood as a beacon of hope for the downtrodden and the oppressed, a leader of resettling refugees in our humanitarian response. I promise, as president, I will reclaim that proud legacy for our country. The Biden-Harris administration will restore America’s historic role in protecting the vulnerable and defending the rights of refugees everywhere and raising our annual refugee admission target to 125,000.”

“The United States has always strived to serve as a beacon of hope — a role model in resettling refugees and leading the humanitarian response abroad. But today is also a bitter reminder of how Donald Trump has tried to change America from a nation of refuge and liberty to one of division and intolerance.”

Yo — Joe. So what, exactly, have been the “heartless policies” of Donald Trump?

“Fear-mongering, xenophobia, and racism are the unabashed tenets of Trump’s refugee and immigration policy, and his divisive, dangerous, and undemocratic response to Black Lives Matter is a reminder of this administration’s devaluation of Black, Brown, and other minority communities not only in the United States, but around the world. But we will not, and we cannot, allow hate and rage to divide us further.”

“Divide us further,” Joe? If your allegations aren’t a quintessential example of the Democrat Party’s politics of division, I don’t know what is.

Biden rambled on in the statement with several of the same lies about Trump we’ve come to know and “love” over the last four years from the Democrats, and also pledged to increase the annual 125,000 limit over time.

“As President, I will increase the number of refugees we welcome into this country, setting an annual global refugee target of 125,000 — up from a ceiling of 18,000 under Trump — and will seek to further raise it over time commensurate with our responsibility, our values, and the unprecedented global need.”

“Commensurate with our responsibility and our values.” Biden actually meant that — but the “our” and “we” stuff was not about the country as a whole and not about the reasons he suggested. The “us” and “we” reference was about the Democrat Party, as were “responsibility” and “values.” Immigration — legal and illegal — presents a perfect example to illustrate what I’m talking about.

When Democrats fail to win elections, they first try to cheat, as we are undoubtedly experiencing “as we speak.” If they can’t garner a sufficient number of votes by cheating, they seek to change the rules (see: Hillary Clinton, Electoral College). And if they can’t change the rules — or changing the rules still doesn’t result in a sufficient number of votes — they do their damnedest to import as many future voters as they can get away with.

Think about it. Let’s pretend Gallup and/or other reputable polling organizations stood at the Mexican border and polled illegal aliens sneaking into the country, and found that 75 percent of illegals would vote Republican if ever given the vote (yeah, I know that’s not what they’d find, but play along with me, here).

If that were the case, Joe Biden, Kamala Harris, Nancy Pelosi, Chuck Schumer, and the entire Democrat Party — along with their liberal media lapdogs — would lock arms and form a human chain stretching from the Pacific Ocean to the Gulf America in an effort to keep them the hell out of the country. Anyone who doubts the validity of this illustration is either naive, stupid, lying, or all three. Harsh? Perhaps. Reality? You bet.

Incidentally, Jesuit Refugee Service Director of Advocacy and Operations Giulia McPherson declared that Biden’s move to dramatically expand the number of refugees admitted to the country reflects his commitment to his Catholic faith.

“That he chose to make this announcement with us tonight is an indication that President-elect Joe Biden is following his faith when it comes to American policy to protect and welcome refugees,” McPherson said in a statement.

Did you spit whatever you’re drinking all over your screen when you read that?

In another perfect example of Biden’s “commitment to his Catholic faith,” check out my article from last week titled Pope Congratulates ‘Deeply Devout’ Catholic Biden, Who Calls Abortion an ‘Essential Health Care Service’. Yup, the old “deeply devout person of faith” believes that abortion is “an essential health care service.”

I’m as tired of reminding readers of this as they are perhaps tired of reading it, but the hypocrisy of the Left knows no bounds. From importing as many, of what they assume to be, future Democrat voters as they can, to those who profess their “deep Catholic faith” out of one side of their mouth, yet from the other side, they support the “essential health care service” of killing the unborn?

This is exactly who the Democrat Party is — and Joe Biden is their newest hood ornament. 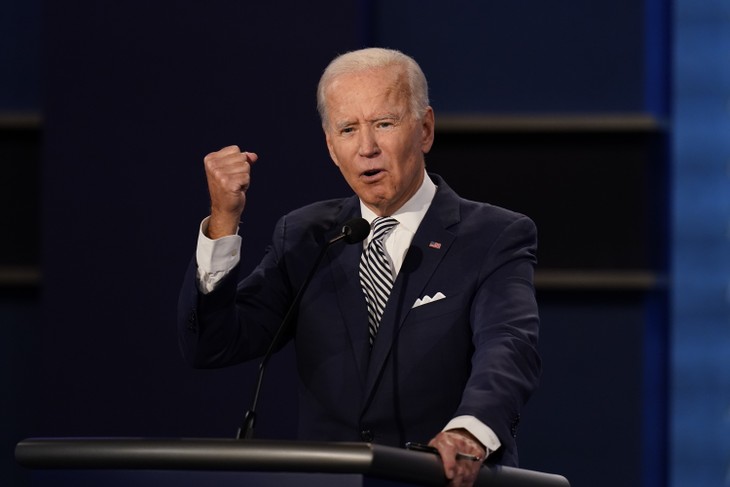