Attkisson v. Holder: The Government Spied on Me and Now is Hiding the Guilty Parties 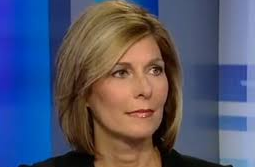 By Sharyl Attkisson
At least once a day, I find myself taking a breath and silently marveling over the outrageous fact that the Department of Justice continues to fight my computer intrusion case in court. They are spending your tax money to protect the guilty parties rather than hold them accountable. This is the opposite of what they and our justice system are supposed to do. They have not changed their obstruction and obfuscation over the seven years spanning this fight — no matter the facts.

They don’t have to. They have the upper hand. Realistically, there’s not much of a damn thing a citizen like me can do about it. My attorneys and I

have expansive, independent forensic proof of the intrusions. We have a government deposition admitting the government controlled the internet protocol (IP) addresses involved. We now even have one of the agents involved admitting what he did and naming names.

But the Department of Justice has something far more crucial than evidence and facts. It has an unlimited flow of money, a grip on the information about the illegal operation, and the absolute power to protect rather than prosecute the guilty agents.

Obviously, the illegal infiltration of a national investigative journalist’s computer system, and the system of the network and corporation where she worked is a major story and an issue with important First Amendment and Fourth Amendment implications. Back when this all happened, the FBI opened a computer intrusion case listing me as the victim. But to this day, nobody from the FBI has made an attempt to contact me (the “victim”) to investigate or assist. They have a case yet are unconcerned with providing justice. (I only learned about the existence of the FBI case about my computer intrusions when I sued the FBI for improperly withholding information from me.)

The Department of Justice continues to fight me even after a steady cascade of revelations about its allegedly illegal surveillance of U.S. citizens. As I theorized on the front end: I was never the only one being monitored. I was just one of the first to find out through my connections with intel sources. As I have long said, my case isn’t important because it’s about me and my family; it’s important because the abuses happened to a lot of people. And until the Department of Justice truly changes sides and shows interest in prosecuting the guilty parties rather than defending them, the abuses will continue to happen to more people.

There’s plenty of blame to go around. Since the day CBS News publicly announced the computer intrusions in 2013, no journalism group has stepped forward to find out more or to assist. They are oddly uncurious and apparently unbothered by the violations. Maybe my biggest misfortune was being spied on under the Obama administration. I can’t help but believe if the Trump administration were to get caught doing the same, I’d have most every journalism organization on the planet advocating for my case.

I’m grateful for help that did ultimately come from a diverse group of First and Fourth Amendment advocates and whistleblower advocates who started a GoFundMe page of support. That has helped defray enough of the legal costs to allow me not to just give up while options are still open.

My latest legal brief in opposition to the Department of Justice’s latest motion to dismiss my case begins with the excerpt below. Wish me a lot of luck. The sordid history of all this suggests I’ll need it.

Sharyl Attkisson is a five-time Emmy award winning investigative reporter and managing editor of the nonpartisan Sunday TV program: “Full Measure with Sharyl Attkisson.” She is the author of two New York Times bestsellers, “Stonewalled” and “The Smear.” Her new book, “Slanted: How the news media taught us to love censorship and hate journalism,” is on pre-sale now.

Plaintiff Sharyl Attkisson, an award-winning journalist—along with her husband and child—have tried for years to pursue their significant and credible claims of illegal government surveillance, but the U.S. Government has stonewalled them at every turn. Yet, despite the Government’s repeated efforts to obfuscate and delay, the Attkissons detailed in their Complaint:

Nevertheless, despite these factual allegations, the Attkissons have been stymied in large part because the Government has blocked their every effort to identify the names of specific Government agents who were directly involved in the unlawful surveillance of their computers.   And the Government has created so many and varied obstacles to litigation that the Attkissons have been prevented from conducting meaningful discovery in order to identify these Government agents. In other words, the Government entity that is supposed to hold the responsible parties accountable is instead shielding them and controlling the information the Attkissons need to identify them. Ultimately, the Fourth Circuit—while expressing astonishment that the Government lawyers arguing the case refused even to represent the John Doe defendants, Oral Argument at 21:26-24:02, Attkisson v. Holder, 925 F.3d 606 (4th Cir. 2019) (No. 18-677)—was forced to dismiss as to those defendants without prejudice to refile when those defendants could be identified. Attkisson v. Holder, 925 F.3d 606, 628 (4th Cir. 2019).

That day has now arrived.

Plaintiffs’ investigator has interviewed Ryan White, a Government whistleblower (and named Defendant). During this interview, White made the following significant assertions:

This information—to be further developed during discovery—places the Government’s repeated stonewalling of this case in a new and more nefarious light. It now appears that the Government has been using procedural obstacles and motions to deliberately obfuscate and run out the clock on this litigation despite the merits of the claims. The Government’s new 12(b) motion, throwing up a laundry list of procedural objections—some bordering on the frivolous—must be viewed in this context.

This memorandum addresses each of the Government’s objections in turn. But the bottom line is that the Attkissons now can identify at least some of the previously unnamed federal agents. Moreover, they have obtained detailed whistleblower testimony to accompany their substantial forensic evidence to support their claims. Thus, the Government must not be allowed to block the Attkissons’ claims yet again.  These claims clearly deserve full discovery and a trial in order to finally address the merits of these claims once and for all.

Says of "social justice" attorneys not doing their job, "I'm going to do their job for them." By Hank Berrien for The Daily Wire On Thursday, the...
Read more
Deep State

The FBI needs to go away

Chris Farrell, a distinguished senior fellow at Gatestone Institute and director of investigations for government watchdog Judicial Watch, says it's time for the FBI to be...
Read more
American Culture