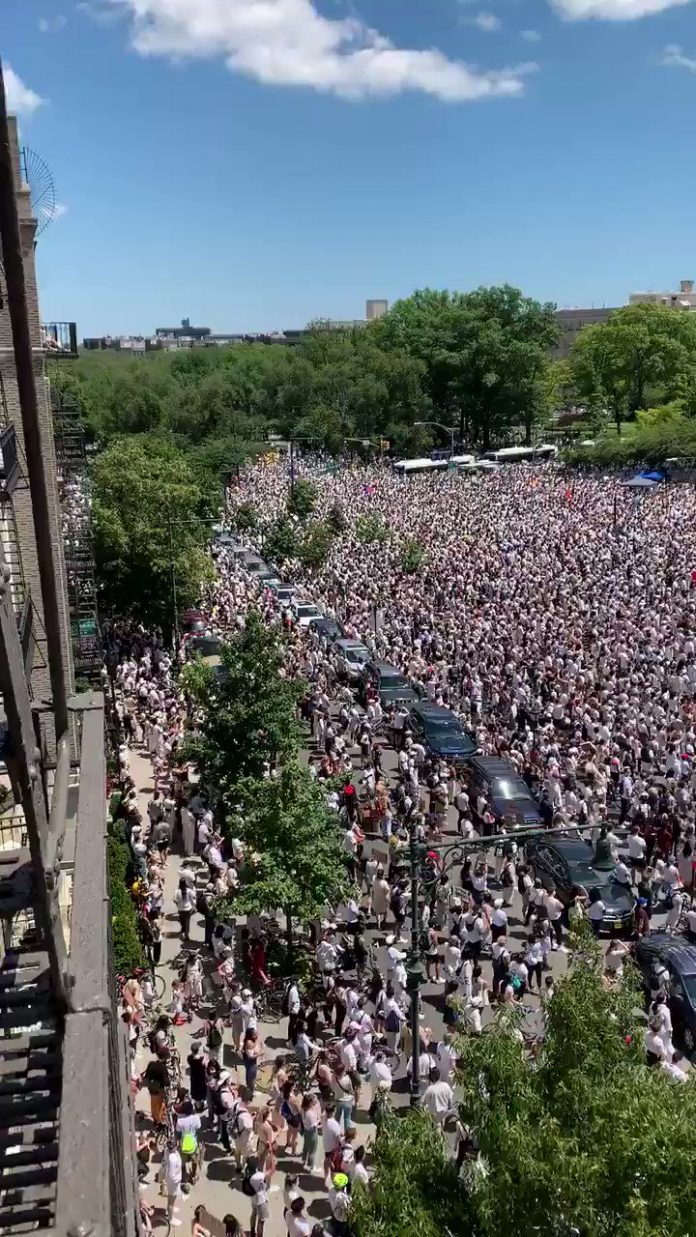 By treating Black Lives Matters protests differently than other large gatherings, public officials and health experts have exposed themselves as hypocrites.

by John Daniel Davidson for The Federalis

We’re told a second wave of coronavirus infections is coming. As businesses open back up and states relax lockdown orders, the number of new cases is ticking up in a handful of states. We’ve heard warnings in recent days from the Centers for Disease Control and various public health experts and elected officials that a new series of lockdowns might be necessary.

What these experts and officials don’t seem to realize is that Americans will never comply with their lockdown orders again. They have burned their credibility to the ground, and they no longer have the moral authority to tell us what to do.

The exact day the experts lost their credibility was June 4, when more than 1,000 public health workers signed a letter claiming the protests were “vital to the national public health and to the threatened health specifically of black people in the United States.” The woke corporate press scrambled to assure us this wasn’t hypocritical at all, and that “health is about more than simply remaining free of coronavirus infection,” as a pair of epidemiologists put it in The Atlantic.

That’s a curious argument to make after forced business closures and lockdown orders destroyed tens of millions of American jobs, ruined countless businesses and livelihoods, and caused a sharp uptick in suicides, drug overdoses, and domestic abuse. Never mind the compelling research showing that lockdowns are overall much worse for public health than the coronavirus.

But if public health experts cared about more than just steering clear of the coronavirus at any cost, you wouldn’t have known it based on their pandemic policies—that is, until the George Floyd protests and Black Lives Matter (BLM) rallies came along. Here at last was something more important than stopping the virus.

Witness the appalling double standard of men like New York City Mayor Bill DeBlasio. On Monday, city workers welded shut the gates of a Brooklyn playground frequented by members of the Hasidic Jewish community in Williamsburg. They claimed it was necessary to stop the spread of the coronavirus. But this happened one day after the city allowed a massive “Black Trans Lives Matter” rally in Brooklyn’s Grand Army Plaza that attracted thousands of protesters packed together in close quarters.

Officially, large gatherings are still banned in New York as part of the city’s pandemic response. So are playgrounds, including the one whose gates were welded shut Monday, because the city “found a lack of regard for social distancing” at the parks, according to a de Blasio spokeswoman.

There are two only possible conclusions here. Either de Blasio somehow believes that catching COVID-19 isn’t a risk if you’re at a BLM rally, or he doesn’t actually care about preventing the spread of the virus and wants to use the pandemic to exercise arbitrary power over New Yorkers, punishing those who defy him and indulging those who share his political views.

Either way, no one should take anything de Blasio says about the pandemic seriously, and no New Yorker should ever again obey a lockdown order issued from his office.

Their Hypocrisy Knows No Bounds

The same story is playing out all over the country. Mayors who did nothing to prevent mass protests in recent weeks—and in some cases joined protesters, in violation of their own lockdown orders—have maintained draconian restrictions on other types of gatherings, stricktly limiting the number of people who can congregate in restaurants, shops, gyms, and houses of worship.

In Washington, D.C., which has seen days on end of massive BLM protests, some numbering in the hundreds of thousands, Mayor Muriel Bowser on Wednesday announced the city would begin “phase 2” of its reopening next week. For restaurants, that means no more than 50 percent capacity, tables six feet apart, and all diners must be seated at the tables.

Same thing in Los Angeles, where thousands converged on Hollywood Boulevard Sunday for a Black Trans Lives Matter rally. Video footage of the eventshowed attendees packed tightly together on the street, with no possibility of social distancing. According to news reports, there were no police present at the rally, and the city made no effort to stop it or limit attendance.

But like D.C. and other cities, Los Angeles still has strict pandemic policies for businesses, churches, and just about everything else. For houses of worship, the city has issued elaborate guidelines for reopening, including a limit to the total number of people, clergy, and parishioners combined, who can attend a service: 25 percent of building capacity or 100 people, whichever is lower.

Why these restrictions should apply to churches but not to massive political protests, the city does not say. It’s all very confusing.

The starkest contradiction of all might be the reactions to President Trump’s rally planned for Saturday in Tulsa, Oklahoma. Local health officials are warning it could become a disastrous “super spreader” event—a term media outlets like The New York Times have been eager to repeat under headlines warning, “Trump’s rally in Tulsa Could Spread Virus,” using language they would never use to describe any of the large-scale protests, rallies, and riots nationwide.

Some media pundits make no apologies for this obvious double standard. Tuesday on ABC’s “The View,” Joy Behar claimed Trump doesn’t care about his supporters’ health and safety because he’s willing to hold a rally amid the pandemic, and that his rally is more risky than the protests because it’ll be indoors, whereas the protests are mostly outdoors. Okay, Joy.

Public officials in Tulsa have also adopted this double standard. The mayor and a cadre of other officials have publicly implored Trump not to go ahead with the rally, citing concerns about COVID-19. But these same officials dared not say a word against recent BLM rallies held in the city and suburbs, including a large one that got out of control and spilled onto a busy highway, where several protesters were injured.

The double standard is everywhere and undeniable, and the message is clear: the experts and the people in charge only care about the pandemic when it’s politically convenient. They’re guided by the science, they tell us, but only if the science doesn’t get in the way of their virtue-signaling about Black Lives Matter.

They care about public health, but only up to a point. They care much more about being woke. And if you want to go to a big rally, it’s only safe if it’s the right kind of rally.

Enough of this. Americans should never listen to these people again. 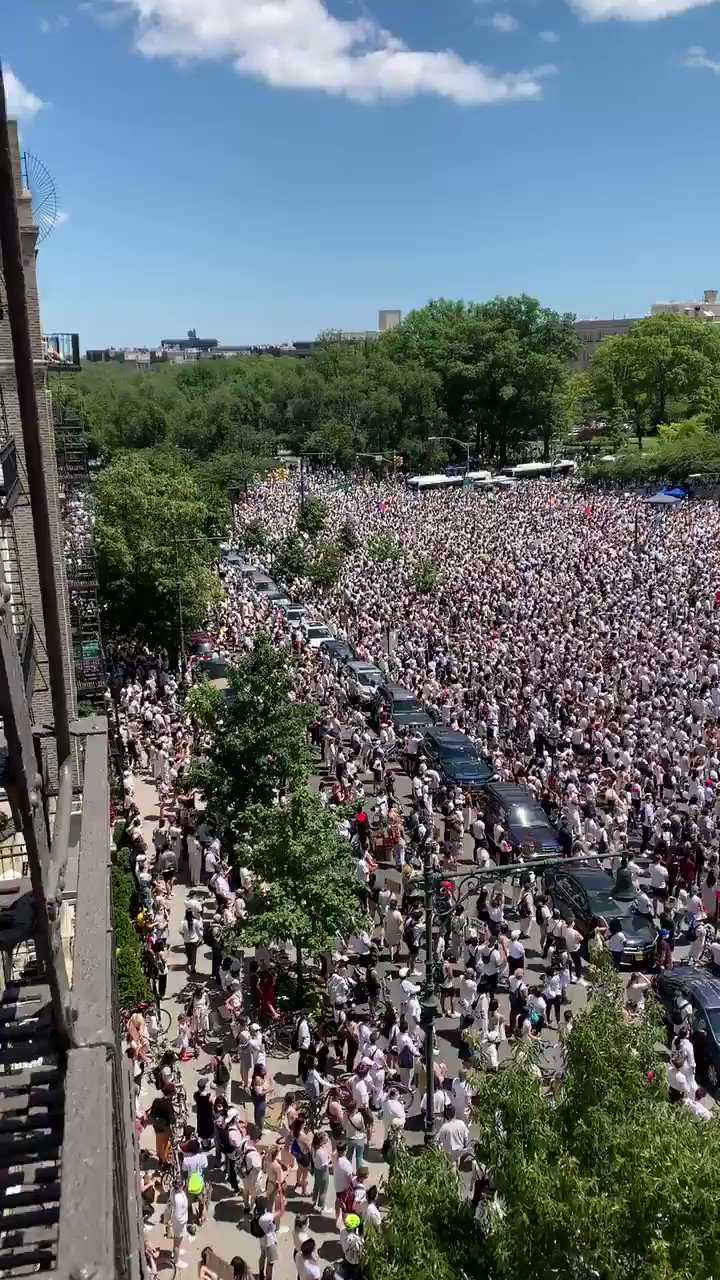 Says of "social justice" attorneys not doing their job, "I'm going to do their job for them." By Hank Berrien for The Daily Wire On Thursday, the...
Read more
American Culture

Democrats are trying to teach us that some racism is different so that racism is actually good.  This is really what they want us...
Read more
Constitution

By Congressman Blaine Luetkemeyer, District 3, Missouri What if I told you that every time you write a check, swipe your credit card, or deposit...
Read more