America Won’t Trust Elections Until The Voter Fraud Is Investigated 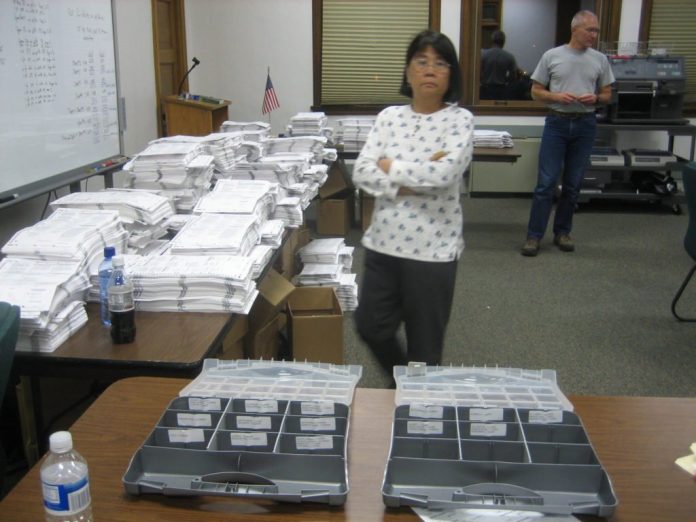 By Matthew Cochran, The Federalist

We should not be surprised at what a mess this election has become, not only because of the uncompromising nature of our current politics, but also because of the warnings we received well beforehand. President Trump has been bringing up voter fraud long before Nov. 3, and the left had been weirdly insistent that he accept the results without double-checking the entire time.

Afterward, of course, the evidence for that fraud is rapidly piling up. There has been eyewitness testimony about falsifying the postmarks on late mail-in ballots. Election observers were being harassed and kept away from the counting tables in Detroit. Software glitches have been discovered switching votes from Trump to Joe Biden in Michigan, and the same software is being used in other battleground states.

There have been statistical anomalies like 90 percent voter turnout in Wisconsin and bizarre late-night vote spikes for Biden in several states. All of this evidence and more strongly suggest the Democrats and their media allies are indeed attempting to steal the election.

Despite this evidence of voter fraud, it’s not hard to find a gaggle of politicians and news organizations claiming that it doesn’t exist. So what are we to make of the many and varied claims that all of this publicly available evidence doesn’t actually exist?

Well, some of these denials are, no doubt, simply the work of liars—something of which there is no shortage in American public life today. People who deny reality when convenient simply need to be denounced as such rather than reasoned with.

Nevertheless, this is by no means always the case. We can persuade many Americans still if we understand what they are trying to say. Not everyone who declares or believes that there is no evidence is truly a liar. Rather, some might simply be mistaking a lack of proof for a lack of evidence.

The Difference Between Proof and Evidence

Sloppy thinkers—as most of us are these days—are prone to confuse the two, for they are related but not the same. Evidence is information that suggests a conclusion. Proof, on the other hand, is a collection of evidence that meets a sufficient standard. So while it’s absurd to say there’s no evidence of voter fraud, it’s not entirely unfair to say there’s not yet proof of voter fraud, depending on what standard we have in mind.

This misunderstanding causes a serious problem. Too many people are suggesting that a supposed lack of evidence should prevent any further investigation into the matter. A lack of proof, however, indicates no such conclusion. There are two key reasons that a lack of proof does not justify sweeping the matter under the rug the way much of the swamp is trying to do.

First of all, proof is the result of investigation, not its prerequisite. You don’t need proof before investigating a matter because proof is what you’re supposed to find (or not find) by its conclusion. In contrast, evidence alone is all you need to justify taking a closer look.

Most Americans are still old enough to remember the 2000 presidential election when Al Gore kept the matter in the courts until mid-December. We also remember some of the evidence that justified the investigation for so many.

There was the infamous “butterfly ballot” that might have confused voters and lead them to accidentally vote for Pat Buchanan. There was the whole matter of hanging chads and whether to count those as true votes. Evidence like this was deemed sufficient warrant for recounts, investigations, and legal proceedings at the time.

More Evidence This Year Than in 2000

In 2020, the body of evidence eclipses that of 2000. Today, the confusion arises from half a dozen states rather than one. The reported incidents indicate outright fraud more than they do simple incompetence, especially since they all just happen to benefit the same candidate. Shouldn’t this evidence give us even more reason to investigate the matter than we had two decades ago?

And if your memory doesn’t work that far back, you should at least remember 2016. A few Russian dollars spent on Facebook during the election and a highly questionable dossier were all it took to trigger FBI and congressional investigations into President Trump for years. There is far more evidence to justify an investigation into voter fraud in 2020.

But there is a second reason that evidence rather than proof is sufficient to warrant an investigation. If proof is a body of evidence that meets a certain standard, exactly which standard do we apply? This question has different answers in different contexts. In a court of law, the standard for proving a case is “preponderance of evidence” in civil cases and “beyond a reasonable doubt” in criminal cases. Scientific journals will have another standard while philosophers have still another. But exactly what standard of proof should American voters demand?

The left wants big media and big tech to be our de facto standard of proof. That’s certainly what The New York Times was proclaiming them to be on election day before they deleted their tweet.

The problem is that everyone already knows his own standards of proof operate on a sliding scale. Big media wasn’t terribly particular about their standards on Russian collusion, Brett Kavanaugh’s past, or even smirking teenagers. Neither was big tech very interested in regulating the spread of such dubious narratives.

Even now, the only thing about the election they want to investigate is whether they can blame Qanon for their faulty polls. Their business has become their politics, plain and simple. They’ve been carrying water for the left for far too long for any freethinker to consider them objective, fair, or even professional.

America doesn’t play that game anymore. The Boomers’ world in which nothing was true until you heard it on the six o’clock news is now nostalgia. Today, we get our news from a wide assortment of selected individuals and organizations that we’ve individually come to trust based on our own experience.

But since experience is so subjective, everyone’s selections vary significantly. Accordingly, there’s no real unity to be found there either. As a result, while new media has proven fantastic at accumulating and promulgating evidence, they’re ill-suited to offering broad proof because they do not have any kind of common standard.

The upshot is this: Twitter, CNN, Google, and the like can project and declare whatever winner they want, but they don’t get to choose the president. That’s never going to serve as proof to most Americans today. Big media and big tech have been too exposed to get away with doing that anymore.

That is why this issue needs to go to the courts to be decided. They are some of the last remaining institutions to which all Americans can—in principle, at least—be held accountable.

If all the evidence of voter fraud is not investigated and properly accounted for, half of America will fervently believe that the election is a fraud no matter who ultimately wins. It is a critical problem if half of a democratic nation has insufficient trust in its electoral institutions to believe the presidential election was legitimate.

That goes beyond the usual matter of sore losing and undermines the whole enterprise. We are already asking each other: To what extent is this election’s fraud an outlier? Are we seeing so much evidence because it’s unusual or simply because we’re looking more closely this year?

Suspicion of Cheating Ends the Game

When one team believes the other is cheating and that the referees cannot be trusted to stop it, that only leaves two options. Either you cheat also to even the odds, or you take your ball and go home. Both options end the game. Giving up ends it quickly, but compounding the cheating will ultimately do the same. After all, “Calvinball” is only fun for about five minutes; it’s no way to run a nation.

The only way out of this mess is to publicly investigate voter fraud and carry that investigation to its proper conclusion—towards either clear proof or a clear inability to find proof. Either all the evidence of fraud will be accounted for in a way that proves most of it to be benign, or it will prove the guilt of those involved. If the latter, then a lot of people will need to go to prison before we can trust our referees again. All this will need to be done so publicly and satisfactorily that most Americans will believe the problem of voter fraud is fixed.

Right now, trust in the democratic process can only be restored if President Trump continues to fight against the fraud in open court until it reaches its conclusion—whatever that conclusion ends up being. If he fails at that, then there’s not much reason to put stock in elections that many of us believe to be fake. In that scenario, America will eventually find other ways of governing herself. 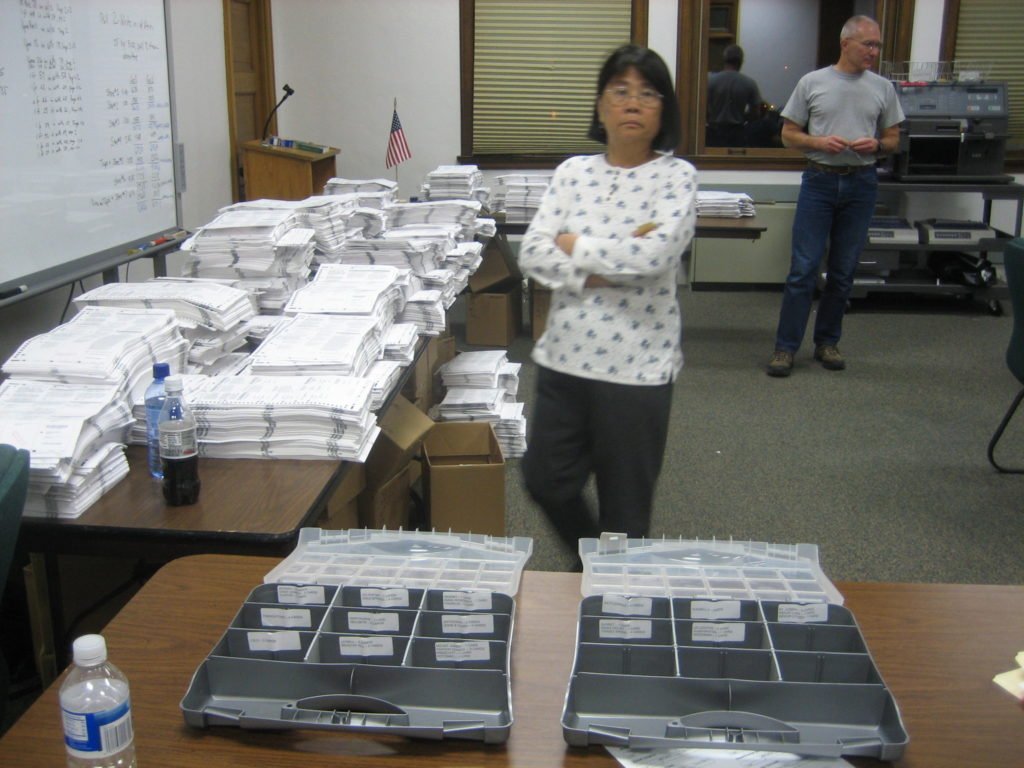 Continuing on our deep dive into the connections between animal rights (AR) and the deep state (Part 1), let’s start at a 40,000 foot...
Read more
Constitution

By KrisAnne Hall, Contributor for Western Journal On Wednesday, New York assemblymen will be asked to vote on a bill that would authorize the governor...
Read more
New Territory Media

How the Grinches Stole Liberty

Everyone Down in Freeville Liked Liberty a LOT, But the Grinches, who lived above Freeville, Did NOT! The Grinches hated Liberty, and the whole Election season! Now,...
Read more

I know that for a good many of my fellow citizens watching our world implode, it seems surreal and you might be left wondering...
Read more
Load more