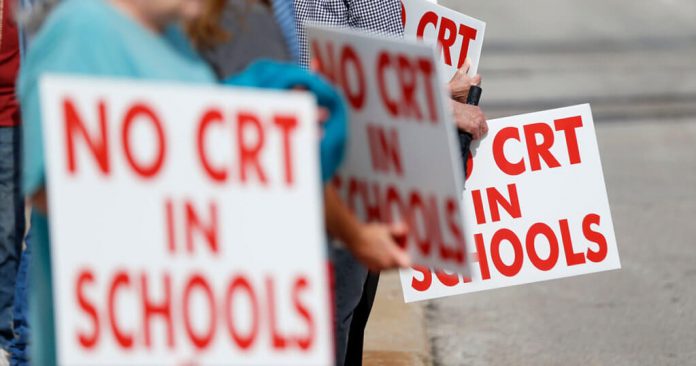 Democrats are trying to teach us that some racism is different so that racism is actually good.  This is really what they want us to believe.  “WOKE” has become a cult and the cult mob will come after you if you dare to challenge its beliefs.  Even if you are black and don’t bend a knee to “WOKEISM” they will come after you.  Open debate is the cornerstone of our country, and the freedom to share ideas with one another is what allows us to grow and overcome our problems.  Ideologies like CRT forbid you from anything but total acceptance and any system that stops people from having honest discussion with each other is inherently dangerous.  The problem is  that the “WOKERS” don’t believe in what they are saying and look no further then the co-founder of BLM who admitted she is a Marxist and misses no opportunity to denounce white supremacy.  She purchased several multi-million dollar mansions  across the U.S. including one in a posh L.A. neighborhood that is 88% white and less than 2% black.  These left wing activists  are as racist as the skinheads they pretend to be fighting and are the ‘do as I say not as I do’ gang.  The only difference between the skinheads and the woke left is that the woke left hides its racism behind nice sounding words such as fact finding, equity, social justice and of course anti-racisism (Helen Raliegh,5/6/21). The woke ideology is rooted in the pernicious and false belief that America is undeniably racist and a sexist country. Further, that some people simply based on their race or sex are oppressors and that racial and sexual identities are more important than our common status as human beings and Americans (Donald J Trump, Ex Order 2020).  CRT is being used by the left to destroy America from top to bottom.  Even government institutions are indoctrinating employees claiming that all white people regardless of how “WOKE” they are contribute to racism.  In Sandia Labs they are holding reeducation classes for all white male employees where they are forced to write letters of apology to people of color and women.

There is reason for hope because the American people are pushing back with some schools stepping up and taking a stand against this nonsense.  Oklahoma banned CRT from its public schools, as well as, TX, TN, GA, AR, SD, ID, and AZ have all passed similar legislation with more to come. Parents are getting involved and grass root organizations such as Moms for Liberty are pushing back against school boards across the country.  Rep. Dan Bishop stated that America is now the least racist white majority society in the world and has a better record of legal protection of minorities than any other society, white or black.  It offers more opportunities to a greater number of black persons than any other society including Africa (Orlando Patterson, Harvard).  We are being divided by the way we look and by our identities for political exploitation without any concern for the damage it is causing our country.  The only identity that matters is that we are Americans living in the most racially diverse society in the history of our planet. Democrats are the party of division and racism which is why they hated President Trump because he fought to bring us together as a Nation with our Founding Fathers providing us the ability to protect our freedom of thought and belief.  To promote a totalitarian “WOKE” agenda like CRT which not only claims that we don’t have the freedom to choose our own destiny but are also tied to the past is contrary to everything we stand for as a country.  Let’s take “WOKE” back to when it meant getting up in the morning.  It doesn’t matter what color you are, what your beliefs are, what religion you are, or what part of the world you are from because at the end of the day we are all living here together.  Living in the greatest country in the history of the planet because it gives us all the same opportunity to be an AMERICAN. 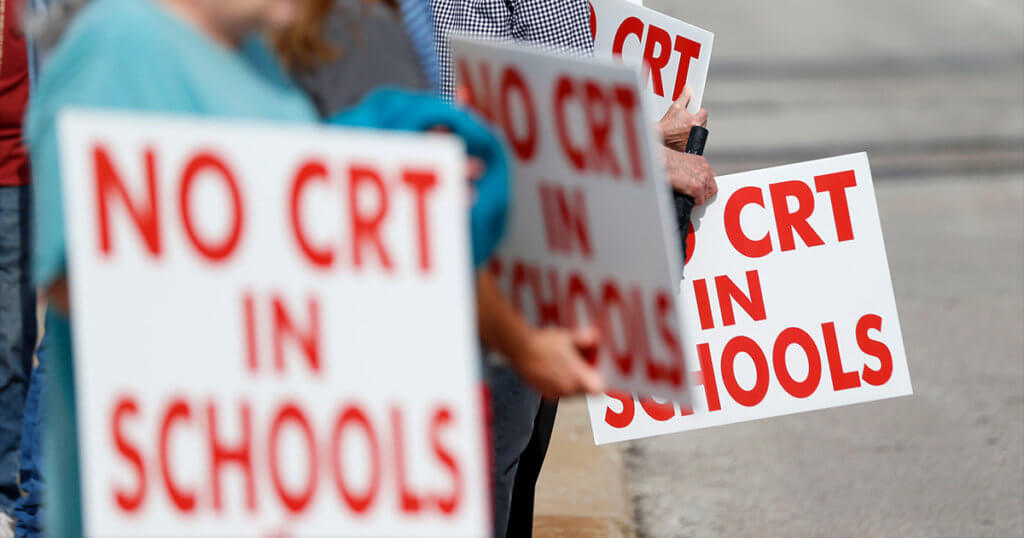